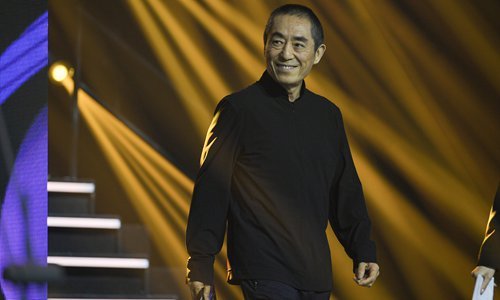 Renowned Chinese director Zhang Yimou will direct a film about the story of a Chinese sniper defeating American enemies in the War to Resist US Aggression and Aid Korea (1950-53), also known as the Korean War, Chinese media said on Thursday.

The film will have high expectations from industry insiders and filmgoers, who suggested it could boost Chinese people's courage and determination in response to the US' increasing aggression against China's trade and tech companies today.

"With historical facts, the film is going to make audiences once again realize that although the US is strong, it is not unbeatable," movie critic and film producer Tan Fei told the Global Times on Friday, saying the film will undoubtedly stimulate Chinese people's patriotic sentiments.

Entitled "The Coldest Gun," the film is set to feature a Chinese People's Volunteers (CPV) Army sniper whose precision marksmanship was viewed as a threat by the US army in the Korean War. In a battle of war, he intrepidly passed through the US enemy's tight encirclement before eventually defeating them through fierce fighting.

The influence for the main character is said to be Zhang Taofang (1931-2007), a CPV member hailed as the "sniper king" for his excellent shooting skills and valor in the Korean War. In 1953, the then 22-year-oldallegedly killed or injured as many as 214 American enemies with 435 shots in 32 days, becoming a legendary hero on the battlefield.

This year marks the 70th anniversary of the CPV's participation in the Korean War. Fighting vigorously side-by-side with North Korea against the South Korean army and US-led UN forces, the once despised CPV forced a truce of war and were seen as formidable opponents by the US military.

The film has gained attention from many Chinese netizens, who expressed their interest and expectations for the film on social media. "Such a hero deserves to be shown on the big screen," one netizen wrote on Weibo on Friday. "We Chinese should know more about how we once beat the US [army] considering the US' current aggression toward China," wrote another.

The Chinese film market is embracing more Korean War themed movies, Tan said, mentioning another war blockbuster of a similar theme - Jin Gang Chuan - that is secluded for release on October 25. Not only do these films commemorate the 70th anniversary of the war, but they also enhance people's resolve and confidence in projecting national interests against the US by recreating the history of China and its tenacious competition with the advanced US military, he said.

Tan predicted that Chinese war blockbusters, like the critically acclaimed The Eight Hundred, will earn recognition and affection from an increasing number of domestic audiences this year, as people's sense of national pride runs high with "China as the only 'big country' maintaining positive GDP growth in the COVID-19 pandemic year," he added.

Apart from the current international environment, industry insiders said The Coldest Gun film itself is worth getting excited about because of its experienced director with a strong personality.

"Zhang Taofang's story was so legendary that it can now be made into an attractive and powerful narrative," Tan told the Global Times. "As for director Zhang Yimou, he presents a story with unique tones and characterizations, which this creative septuagenarian director is good at."