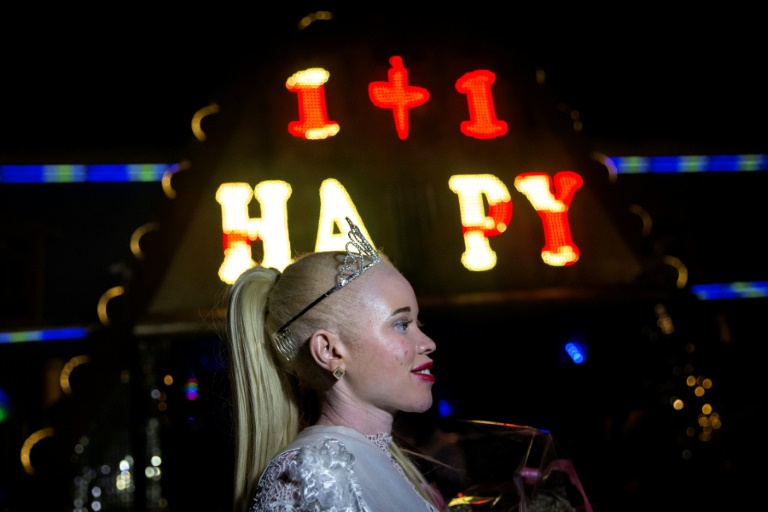 Friday's "Beauty Beyond the Skin" pageant was held in a Harare nightclub, making Zimbabwe the second African country after Kenya to host such an event.

Many African countries have a dark relationship with albinism -- a genetic disorder inherited from parents who both carry a faulty gene that prevents the skin from making melanin properly and thereby giving it colour.

They are hunted down in some African countries by witch doctors for their body parts which are used in potions to bring good luck or riches. Some are even kidnapped and sold by relatives out to make a fast buck.

Mutukura said she entered the pageant to raise awareness.

"The people with disabilities are always looked down upon even in schools. I have gone through a lot but I want people living with albinism to be brave and persevere in life," the social work student at the

University of Zimbabwe told AFP after winning the crown. 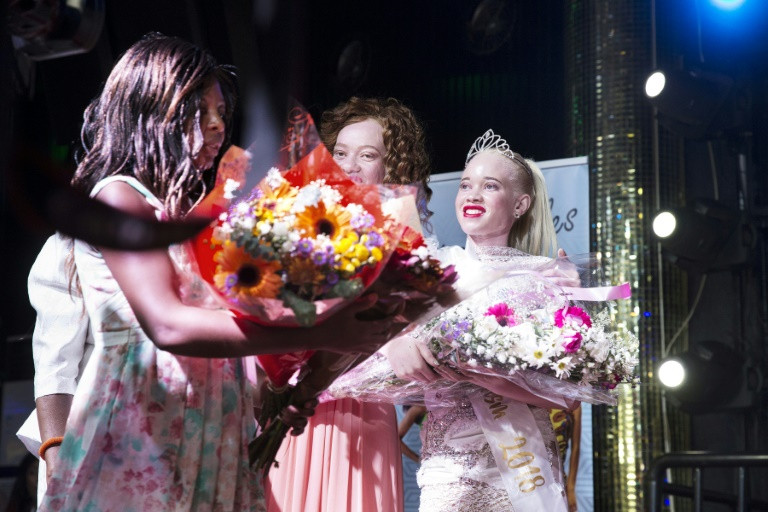 "We must continue to advocate for our rights and I hope my win will empower the girl child. People with disabilities must not look down upon themselves."

The contestants sashayed down the catwalk in gowns and traditional African robes and were asked an array of questions to decide the winner.

Pageant organiser Brenda Mudzimu said she was happy to finally host the event as it was postponed last year due to a lack of funds.

"The pageant aims to instil confidence in girls living with albinism in Zimbabwe as well as reduce the stigma," Mudzimu said. 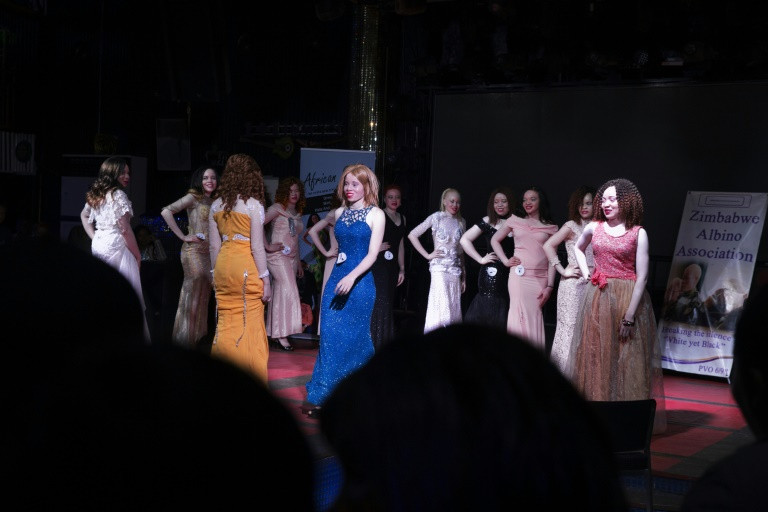 Pageant organiser Brenda Mudzimu said she was happy to finally host the event as it was postponed last year due to a lack of funds.(Photo: AFP)

persevere and survive in life."

Mudzimu said she hoped to organise a global contest.

"This will be an annual event which will later be advanced to Miss Albinism Africa and Miss Albinism World because we want to reach all corners of the world," she said.

The southern African country has about 39,000 people living with albinism, she said.

Tapuwa Muchemwa, a government representative who was the guest of honour, said Zimbabwean authorities were committed to uphold the rights of albinos.

"We as government strongly advocate that people with albinism deserve their right to life and security and to be protected as well as the right not to be subjected to torture and ill treatment," Muchemwa said.

Albinism groups say more than 90 percent of people with the condition in Africa die before they reach the age of 40. The rate of albinism in Africa is much higher than in other parts of the world.