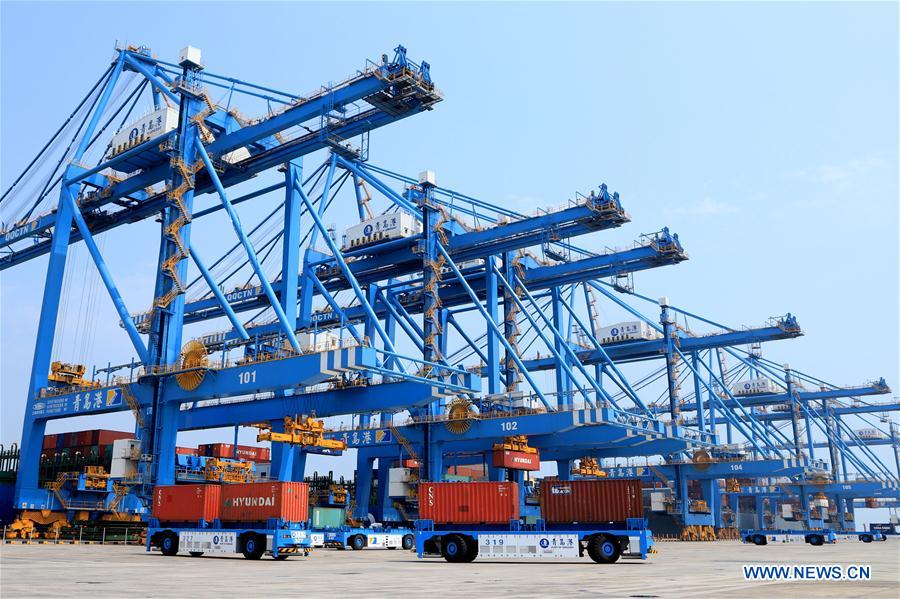 China's import and export volume hit a historic high in 2018, a sign that the economy remained resilient despite growing external uncertainties.

The value was 2.7 trillion yuan higher than in 2017, according to the GAC.

"China is expected to keep its number-one position in the world in terms of trade in goods," Li Kuiwen told a press conference.

Li attributed the growth to sound and steady economic fundamentals and a number of policies and measures boosting steady foreign trade growth, including lower import tariffs, higher export tax rebates and improvement in the business environment.

In 2018, China maintained stable economic growth and remained a top performer in the global economic arena.

Its GDP rose 6.7 percent in the first three quarters of 2018, putting the economy on track to meet the government's targeted growth of around 6.5 percent for 2018.

To boost imports, China has cut tariffs for an array of products including automobiles, consumer products and medicine this year, lowering the overall tariff rate on imported goods from 9.8 percent to 7.5 percent.

A total of 172 countries, regions and international organizations, and more than 3,600 enterprises participated in the first China International Import Expo, which was held last year from Nov. 5 to 10 in Shanghai.

Exports and imports of products under the general trade category, which has a higher added-value than processing trade, surged 12.5 percent year-on-year to 17.64 trillion yuan, accounting for 57.8 percent of total foreign trade, 1.4 percentage points higher than 2017.

China's trade with the European Union, the United States and ASEAN increased 7.9 percent, 5.7 percent and 11.2 percent respectively, with their combined trade volume accounting for 41.2 percent of China's total foreign trade.

Trade with countries along the Belt and Road registered faster-than-average growth, with the trade volume standing at 8.37 trillion yuan, up 13.3 percent year on year.

Private enterprises played a bigger role, accounting for 39.7 percent of the total foreign trade, up 1.1 percentage points compared with 2017.

Trade growth is more balanced among regions. Less developed regions, including central and western China and northeast China, all outpaced the national average.

Exports to the US rose 8.6 percent year on year to 3.16 trillion yuan last year, while imports from the US dropped 2.3 percent to 1.02 trillion yuan, resulting in a trade surplus of 2.14 trillion yuan, which widened by 14.7 percent.

"The widened trade surplus in 2018 shows China and the US are in different development stages and both are economically complementary," Li said.

For China's foreign trade outlook in 2019, Li said the biggest challenge was the severe and complicated external environment, rising protectionism and unilateralism, and slowed global economic growth that will drag down multinational trade and investment.

"China's foreign trade growth would slow in 2019 off a high base due to the complicated and severe external environment," Li told the press.

But generally speaking, Li said, China's steady and positive growth momentum would lay a solid foundation for the development of foreign trade this year.

As the country continues to push forward supply-side structural reform and opening up, the structure of China's exports and imports will be further optimized with both quality and efficiency improved, according to Li.