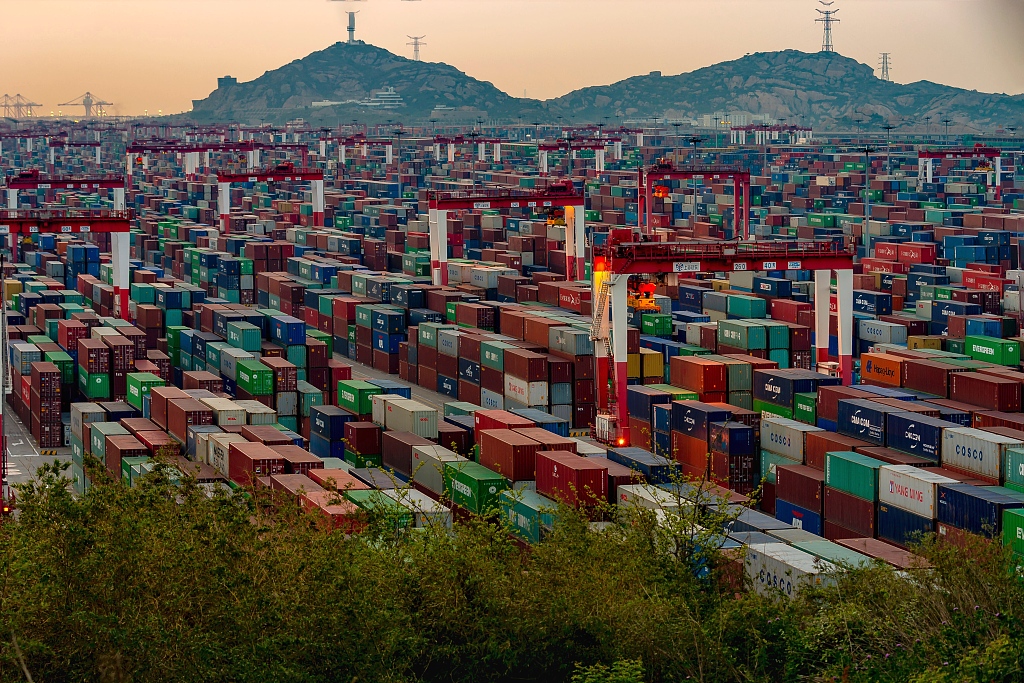 A view of Yangshan deepwater port in Shanghai on April 14, 2018 (File photos: VCG)

China's general trade has increased both in volume and proportion, expanding to 15.66 trillion yuan last year and accounting for 56.4 percent of total foreign trade.

Chinese private enterprises played a bigger role in trade last year, edging up 0.4 percentage points in its share of total trade compared with that in 2016.

The country's less developed regions, including central and western China and the rust belt, all outpaced the national average trade growth last year.

Trade growth faces pressure for the first quarter of this year as surveys showed falling confidence and new orders in December, according to the customs authority.

It will be difficult to keep double-digit trade growth this year given the many global uncertainties and a high comparison base, Huang said.