China's foreign trade up 16.2% in January 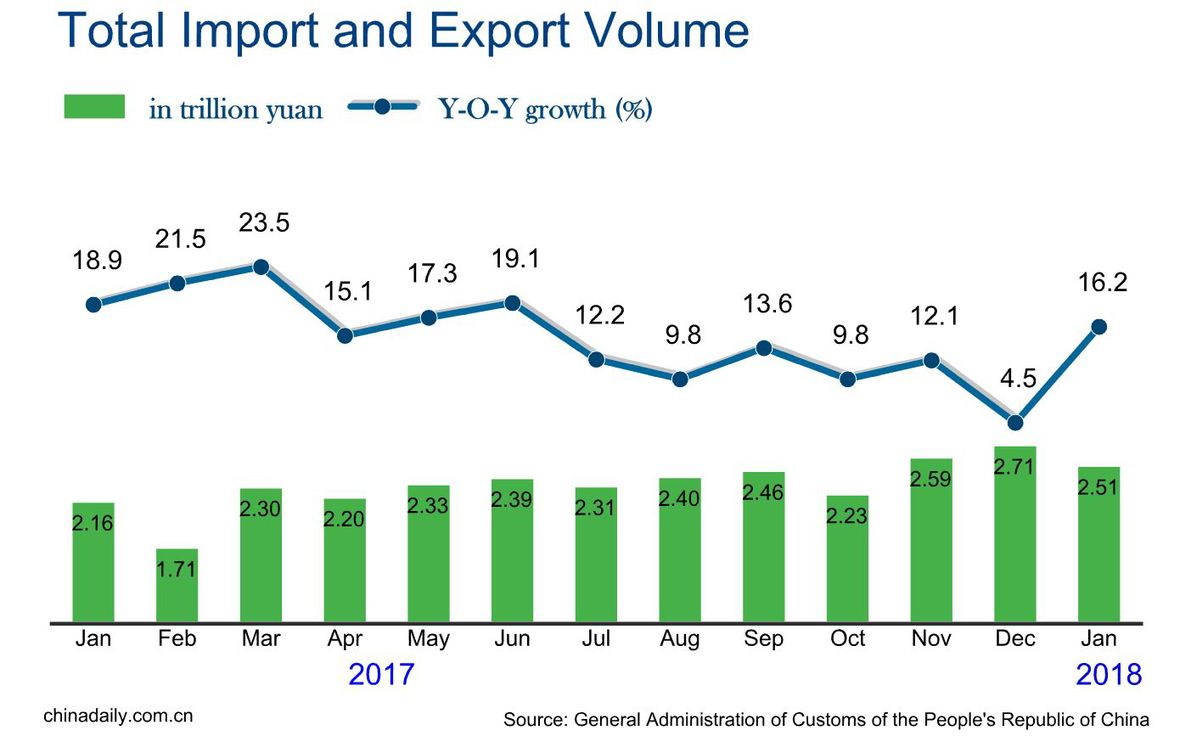 China's exports increased 6 percent to reach 1.32 trillion yuan, while imports surged 30.2 percent to stand at 1.19 trillion yuan in January, according to the General Administration of Customs Thursday.

China's general trade has increased both in volume and proportion, expanding to 1.47 trillion yuan in January, accounting for 58.6 percent of total foreign trade.

Trade with countries along the Belt and Road rose 17.8 percent year-on-year, 1.6 percentage points higher than the general trade growth.

Chinese private enterprises played a bigger role in trade in January. Their share of the trade edged up 0.2 percentage points compared with January 2016.

Exports of machinery, electronics and home appliances products continued to expand in January, while the volume of steel exports dropped 36.6 percent year-on-year to 4.65 million tonnes.