BEIJING, April 2 (Xinhua) -- The Belt and Road Initiative (BRI), proposed by China in 2013, aims to build a trade and infrastructure network connecting Asia with Europe, Africa and beyond. 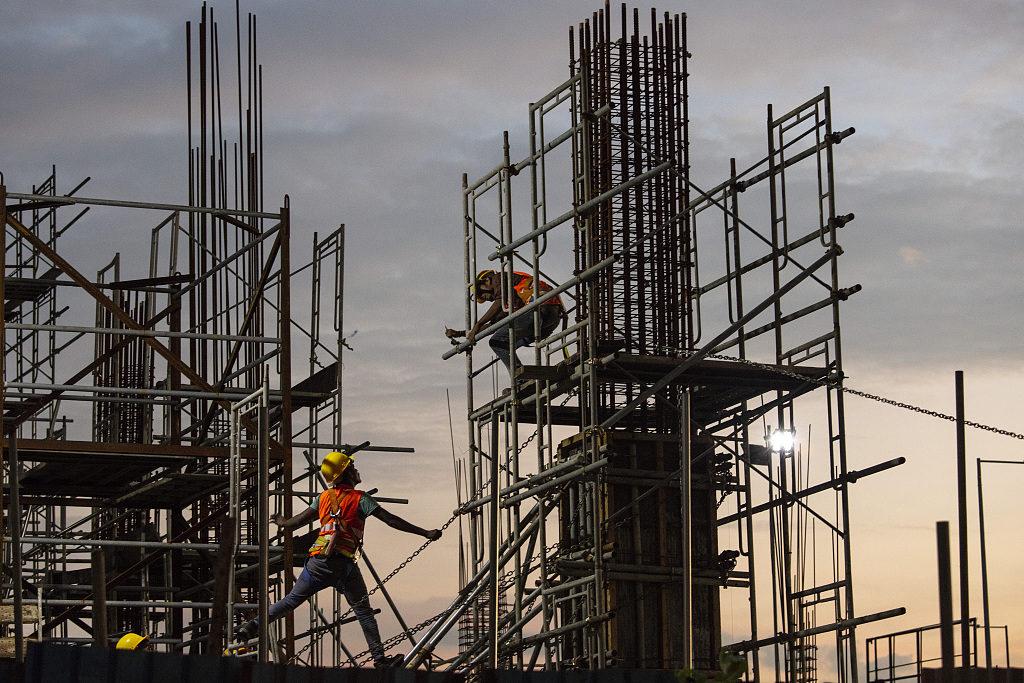 Chinese Construction workers head home after work on site at a new shopping mall called The Mall at One Galle Face which is part of the Chinese managed Shangri-La retails and office complex on November 20, 2018 in Colombo, Sri Lanka. (File photo: VCG)

After years of unremitting efforts, the BRI, which refers to the Silk Road Economic Belt and the 21st Century Maritime Silk Road, has seen plentiful achievements made. Here are the key takeaways on its progress in the past five years from information released by the Belt and Road Portal, the official website of the BRI:

The international influence of the BRI has kept increasing since 2013. In 2018 alone, over 60 nations including New Zealand, Austria, Kazakhstan and South Africa joined the initiative.

By the end of last year, China had signed 170 inter-governmental cooperation documents with 122 nations and 29 international organizations.

Many countries and regions have actively dovetailed the BRI with their own development programs such as the EU's Junker Investment Plan, the Russia-led Eurasian Economic Union, Mongolia's Prairie Road and Kazakhstan's Nurly Zhol (Bright Path).

With increasing collaboration on ports, railways, highways, electricity, aviation and communications, infrastructure development along the Belt and Road has been effectively upgraded, with better-than-expected achievements.

Ports are better connected than other transportation facilities between China and other nations along the Belt and Road. China maintains first place worldwide in maritime connectivity, with shipping routes connecting its ports with over 200 nations and 600 major ports.

As for railway connections, the cumulative number of trips made by China-Europe freight trains exceeded 12,000 in 2018, with annual shipments reaching 16 billion U.S. dollars, compared with only 17 trips and less than 600 million dollars in 2011.

Total trade between China and other Belt and Road countries amounted to 6.47 trillion dollars in the 2013-2018 period. More than 80 overseas economic and trade cooperation zones were built, and more than 244,000 jobs created for locals.

During the period, China's outbound direct investment in other Belt and Road countries exceeded 80 billion dollars.

Development and policy-oriented financing has revved up support for the Belt and Road development in the last five years, with a rapid expansion of multilateral and bilateral financial and investment platforms.

Countries along the Belt and Road accounted for over 60 percent of all members of the Asian Infrastructure Investment Bank, a multilateral development bank headquartered in Beijing, as of December 2018.

The Silk Road Fund, to which China contributed 40 billion dollars initially and an additional 100 billion yuan (about 15 billion U.S. dollars) later to support the Belt and Road projects, has signed contracts to provide financing for 19 projects.

By the end of April 2018, 1,023 pairs of sister cities had been formed between China and 61 countries along the Belt and Road, accounting for over 40 percent of the total number of sister cities China had with other countries.

In 2017, tourists made around 60 million trips between China and other Belt and Road countries, with the number of tourists from and to China rising 2.6 times and 2.3 times from 2012, respectively, making it a new source of growth for global tourism.