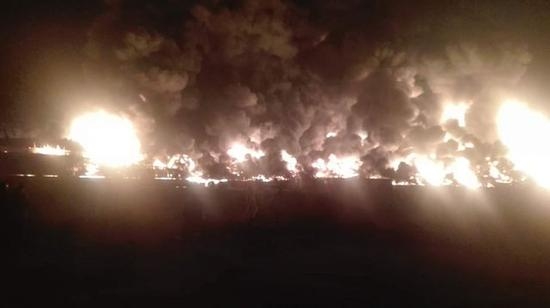 Photo: A scene of the fire

Firefighters have rushed to the site for rescue as the fire rages on, though casualties are not yet clear, reported Peninsula City News.

A statement released by the local government late on Friday said that the fire broke out from a rubber warehouse.

The district government has organized an emergent evacuation of nearby residents, which leaves no civilian death or injuries so far, reports said.