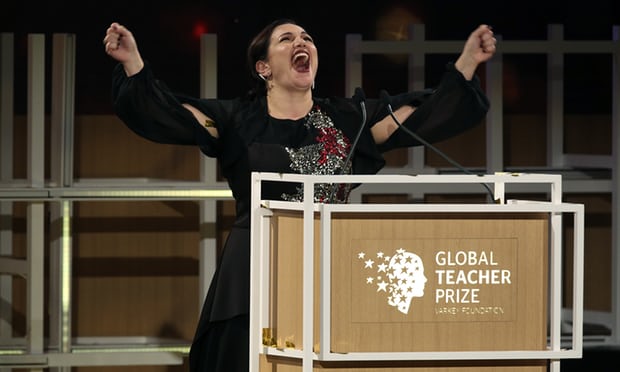 A teacher from London has been announced as the first British winner of a prize worth $1m (£720,000) for the world’s best teacher on Sunday, the Guardian reported.

Andria Zafirakou, an arts and textiles teacher from Alperton community school in Brent, north-west London, was presented with the fourth annual Varkey Foundation Global Teacher prize in Dubai, United Arab Emirates, according to the report, adding that she called for more support for the“power of the arts”, saying schools can make a positive difference in children’s lives through creative subjects

Alperton community school is in one of the poorest areas of the country, and pupils come from a variety of backgrounds. About 130 languages are spoken in the borough of Brent.

In an effort to build links with her pupils, Zafirakou learned basic phrases in languages including Gujarati, Hindi and Tamil and has visited family homes, which are usually crowded and noisy and some students have to do their homework in the bathroom, according to the report.

In response to this, Zafirakou organized extra lessons during the day and the weekend, including giving pupils a quiet place to work. She also redesigned the curriculum with fellow teachers to make it relevant to pupils and helped set up girls-only sports clubs for those from conservative communities.