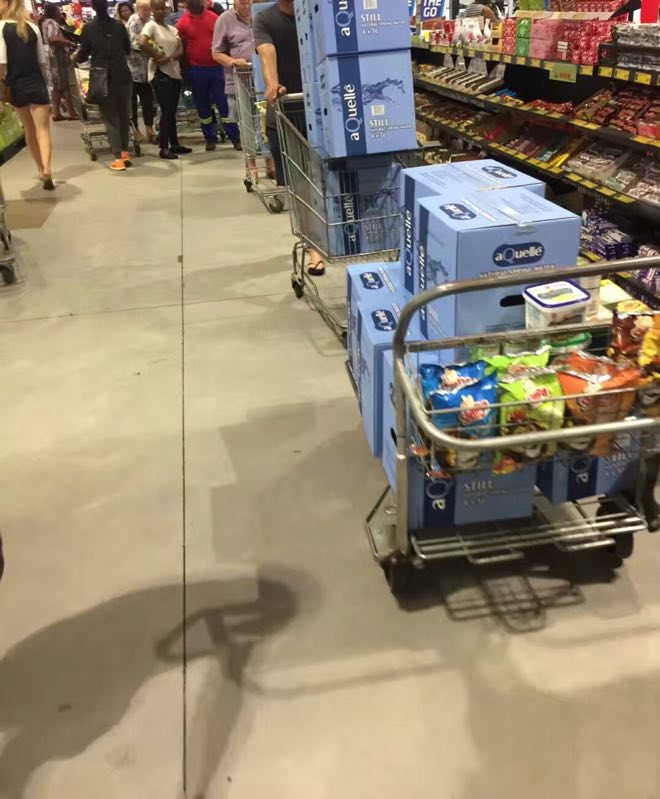 Johannesburg (People's Daily) - Victims of the El Nino climate phenomenon have nothing on those living in Cape Town, a city that is well on its way to becoming the first major metropolis in the world to ever run out of water.

As "Day Zero” approaches, which might happen mid-April depending on the calculation, a countdown has been launched and restrictions are in place.

The exact date in April remains unknown, but one thing is certain, Cape Town’s "Day Zero,” the moment when not a single drop of water will flow from the taps, is unavoidable.

On January 17, the Mayor of Cape Town, Patricia de Lille said, "There are still people who think that the day will not happen, and that the seven projects of the city that will allow us to increase our resources by 200 million liters a day will be enough to save us, but it's not the case. And even if these programs will make us more resilient to future shortages, they will not prevent us this time."

The drought that has engulfed Southern Africa for three years was aggravated by El Niño. As a result, the city’s groundwater supply has almost run dry. To make matters worse, rain isn’t expected for least four months.

Right now, there are many families without a water supply. When people’s needs surpass their water supply, they have to stand in line out in the street just to get more.

But the crisis also highlights inequality in South Africa. The wealthy have already cleaned out the city’s supermarket shelves.

Rich households pretend they’ve had to tighten their belts by not watering their gardens or filling their backyard pools with municipal water.  Meanwhile, about 25 percent of Cape Town residents live on informal settlements. These people are forced to get their water from communal taps.

In a city of four million, at least one million Cape Town residents use only 4.5 percent of the city’s water.

The example here shows how the poorest people are the most affected when water is turned into a rare resource.

In order to extend the "Day Zero" deadline, a city council meeting was held on January 19. By the end of the meeting, water measures limiting consumption had been established. The daily limit per person was set at 50 liters (13.2 gallons)  and 6,000 liters (1,585 gallons) per month for a family of four.

Irrigating with municipal water is prohibited, as well as filling pools or washing cars, whether privately or for business.

The city has distributed guides to remind residents of the bans and encourage them to behave responsibly.

Residents have also been encouraged to flush their toilets using a bucket filled with sewage or rainwater rather than using tap water.