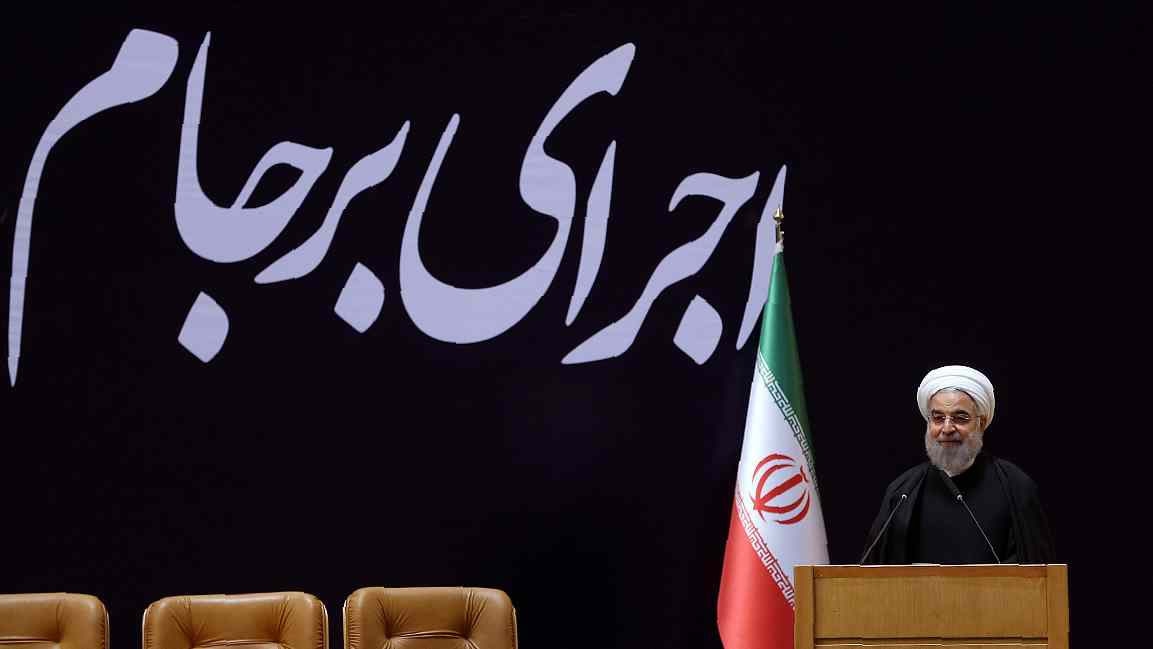 The date April 1 is celebrated by the people of Iran as the anniversary of the 1979 establishment of the Islamic Republic. 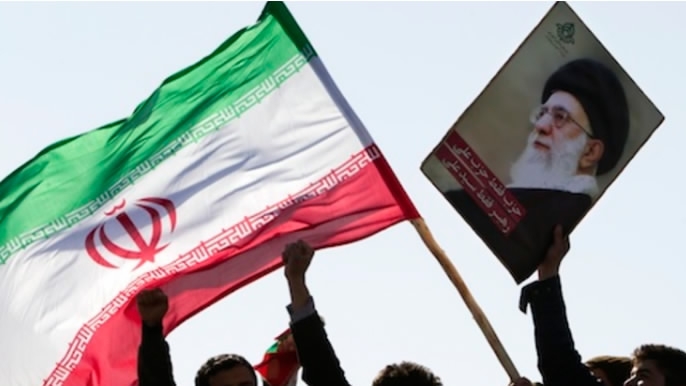 Iran celebrates Islamic Republic day on April 1, in commemoration of that day in 1979, when the country proclaimed its constitution. In this picture, demonstrators hold a picture of supreme leader Ayatollah Ali Khamenei and wave an Iranian flag in a ceremony marking the anniversary of the Islamic Revolution, which takes place every year on Feb. 11. (Photo: Reuters)

Massive protests occurred in various cities throughout Iran beginning on Dec. 28, 2017. The economically driven demonstrations quickly turned political. Inflation, high fuel and food prices and high unemployment were the reasons. However, Iranian President Hassan Rouhani suggested the unrest is supported and organized by the US.

Mohammad Ali Jafari, commander of the Iranian Revolutionary Guard Corps (IRGC), declared the unrest came to an end on Jan. 1, 2018, though peace failed to come. On Feb. 1, Iranian police arrested 29 women protesting against veiling law and on March 7, an Iranian woman who removed her Islamic head scarf on a Tehran street was sentenced to two years in prison. 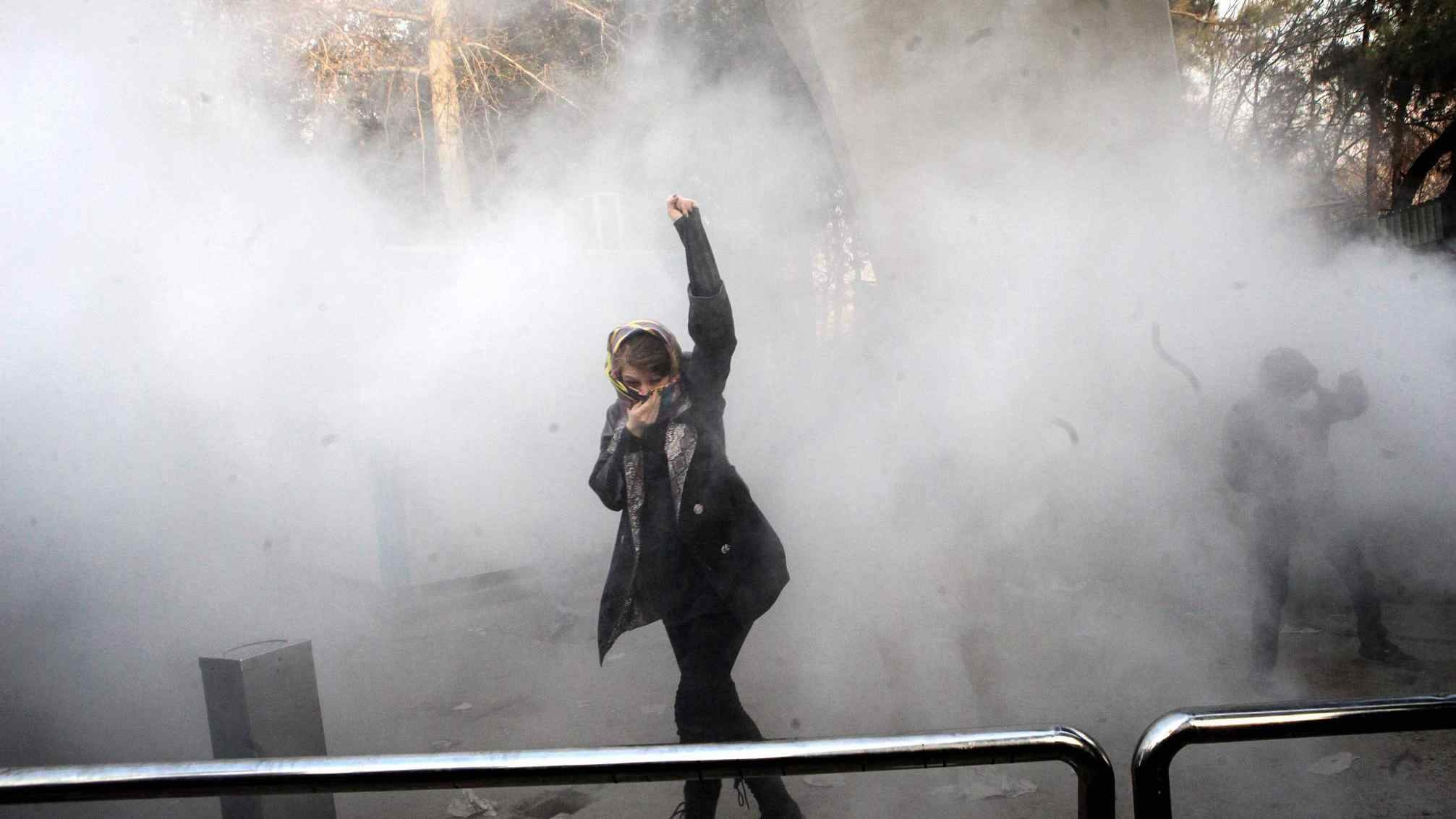 An Iranian woman raises her fist amid the smoke of tear gas at the University of Tehran during a protest driven by anger over economic problems, in the capital Tehran on Dec. 30, 2017. (Photo: VCG)

Wrangles in the JCPOA

The Joint Comprehensive Plan of Action (JCPOA), commonly known as the Iran nuclear deal, was signed by the five permanent members of the United Nations Security Council - China, France, Russia, United Kingdom, United States - plus Germany and the European Union (called P5+1) in Vienna on July 14, 2015. According to the deal, Iran will only enrich uranium up to 3.67 percent, and not to build any new heavy-water facilities. Iran will receive relief from US, European Union, and United Nations Security Council nuclear-related economic sanctions in return. 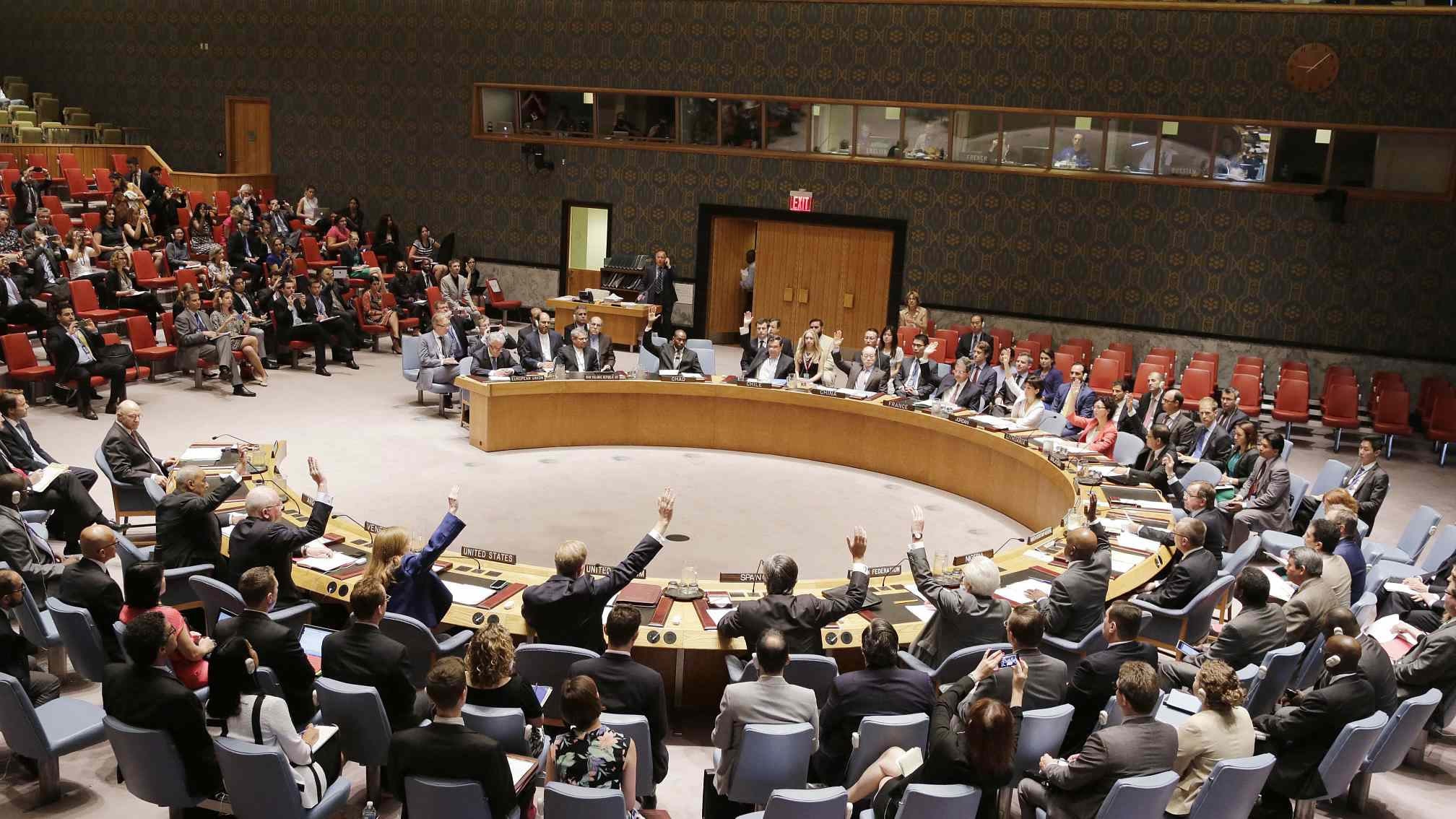 The Security Council unanimously adopted resolution 2231 (2015), following the historic agreement in Vienna last week between the E3+3 (France, Germany and the United Kingdom, as well as the European Union; plus China, Russia and the United States) on one hand, and Iran, on the other, on a Joint Comprehensive Plan of Action (JCPOA) regarding Iran's nuclear program, July 20, 2015. (Photo: VCG)

However, troubles have arisen recently and the hard-reached JCPOA are at a risk of being broken, which may cause important influences on Iran.

Two key players: US and Iran

US President Donald Trump announced in January that America would pull out of the nuclear pact and likely enforce sweeping economic sanctions on Iran if the European partners fail to work with the US to improve the Iran deal until May 12.

The US is unsatisfied with the so-called "sunset clauses" in the JCPOA, and calls it a glaring flaw, which stipulate that key restrictions on Tehran's nuclear program are set to expire in about a decade. The US also claims Iran’s violation of the JCPOA, made through the International Atomic Energy Agency (IAEA), stated that “Iran is implementing its nuclear-related commitments”, Yukiya Amano, Director General of IAEA said in March. 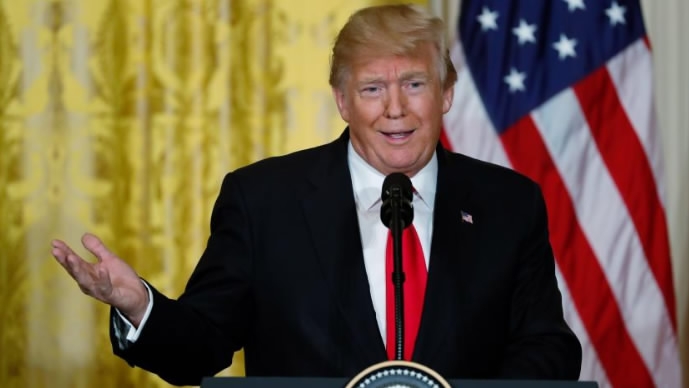 US President Donald Trump addresses a joint news conference with Norwegian Prime Minister Erna Solberg in the East Room of the White House in Washington, US, Jan. 10, 2018. (Photo: Reuters)

As a response, Iran thinks the JCPOA offers far less benefits than expected and “will accept no change, interpretation or new measure that would limit the JCPOA”, the Secretary of Iran’s Supreme National Security Council Ali Shamkhani said.

Lu Jin, an expert on Iran at the Chinese Academy of Social Sciences, said the United States could face further retaliation from Iran, especially in the Middle East, if it breaks the Iran nuclear deal.

Yisrael Katz, Israel’s intelligence minister, warned Iran in a tweet on March 21, saying that Israel would not allow “nuclear weapons in countries like Iran who threaten its (Israel's) existence,” when confirming that Israel carried out a 2007 airstrike on a Syrian nuclear reactor. 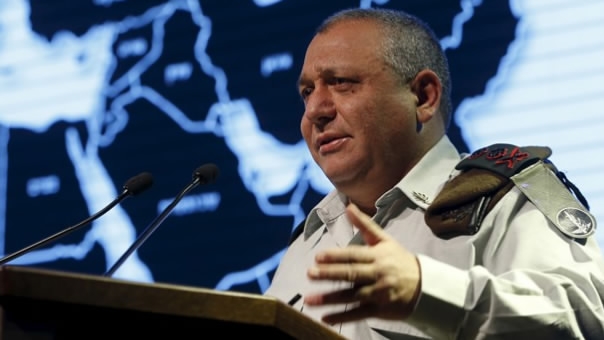 Israeli Defense Forces (IDF) chief of staff, Gadi Eisenkot, uses a clock metaphor to describe the urgency of the different issues: “The Palestinians are the second hand, Lebanon and Syria are the minute hand and Iran is the hour hand,” he said in an interview with the Haaretz When asked which problems keep him awake at night.

Saudi Crown Prince Mohammad bin Salman (MbS) clarified in an interview to CBS that “without a doubt, if Iran developed a nuclear bomb, we will follow suit as soon as possible.”

Saudi Foreign Minister, Adel Al-Jubeir told CNBC earlier in February that “Iran is the only country that has attacked us repeatedly and has tried to attack us repeatedly” when being asked which country he believes to be the most dangerous. 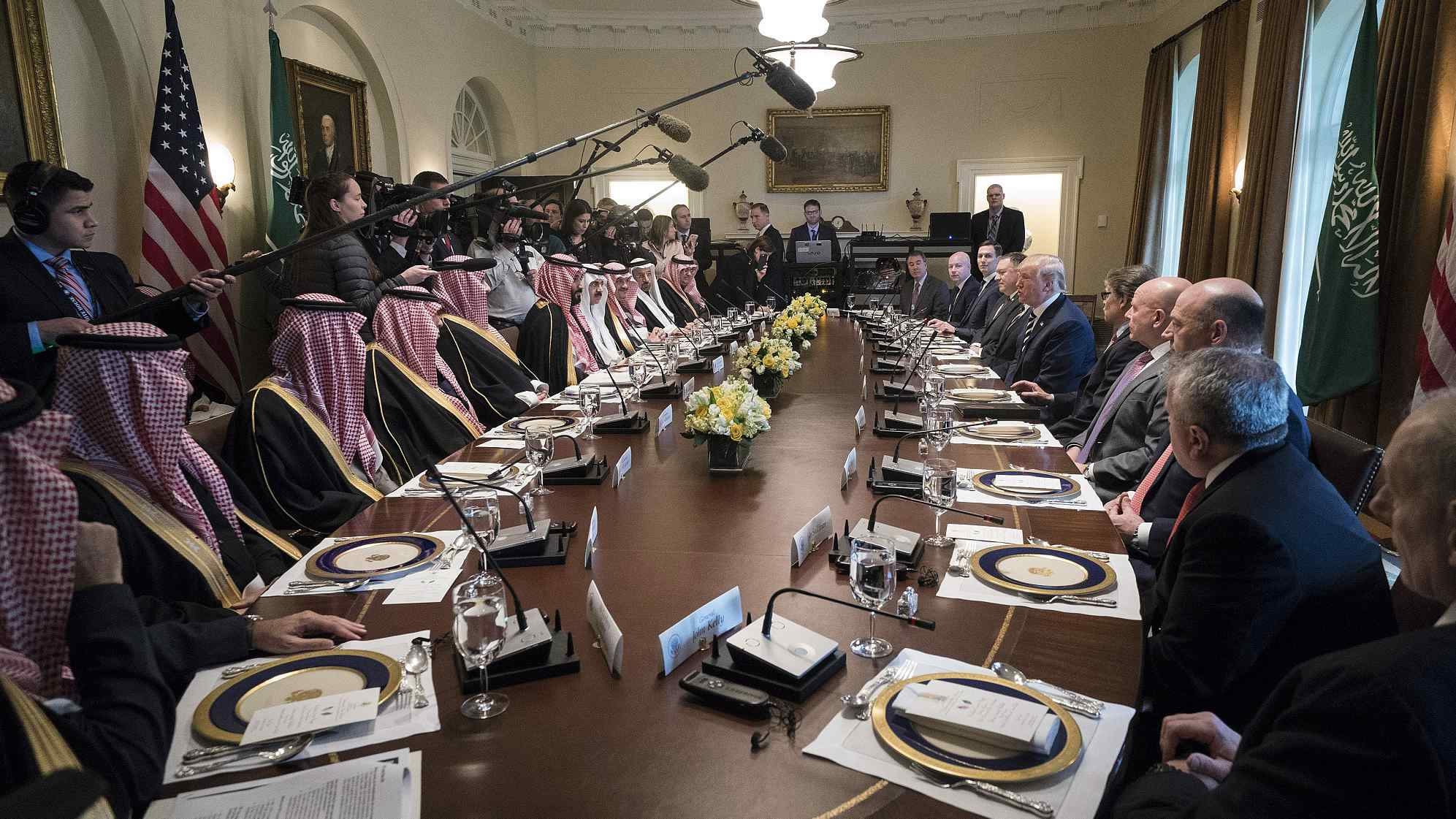 Iran has supported the governments of Syria and Iraq by sending "military advisers" and its own "volunteers" along with Afghans and Pakistanis to fight jihadists and rebels in those countries. Its presence in the region has been denounced by the United States as well as France, Britain, Saudi Arabia and Israel.

Eurasia Group's Chairman Cliff Kupchan said in a note that Iran would likely react with "rhetorical fury" to such a scenario and could "likely lash out" in the Middle East, using a more aggressive policy in Syria, Lebanon, Iraq, Yemen, according to CNBC.

Britain, France, and Germany proposed new European Union (EU) sanctions against Iran related to its ballistic-missile program and its role in the Syrian conflict on March 16. Three days later, EU foreign policy chief Federica Mogherini said “no EU proposals for further sanctions against Iran” and will “continue the implementation of the JCPOA” before entering the European Council on Foreign Relation (ECFR) meeting. 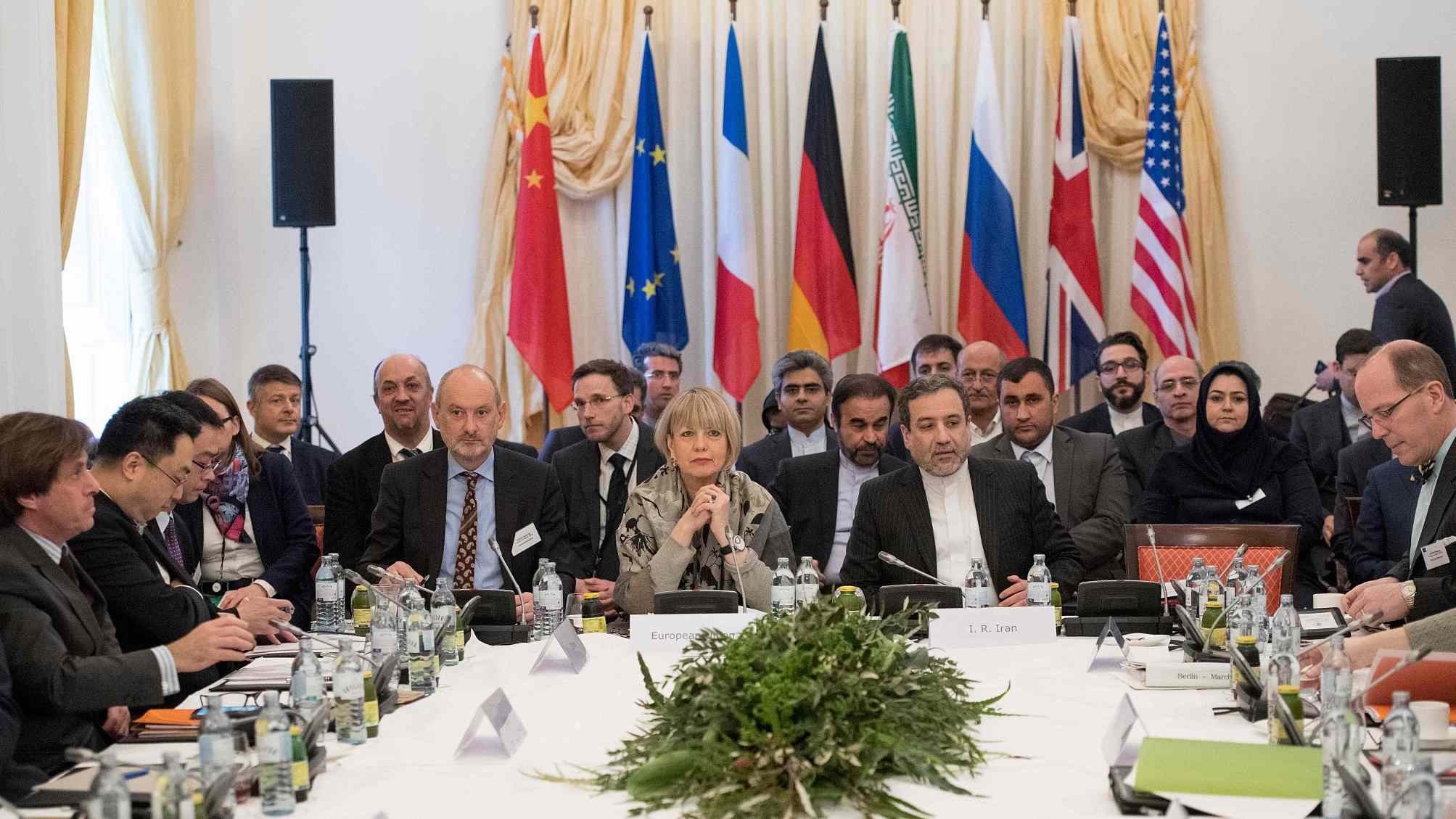 Abbas Araghchi (C-R), political deputy at the Ministry of Foreign Affairs of Iran, and the Secretary General of the European Union External Action Service (EEAS) Helga Schmid (C-L) along with delegates attend E3/EU+3 and Iran talks at Palais Coburg in Vienna, Austria on March 16, 2018.  (Photo: VCG)

Qin Tian, an expert on Iran at the China institute of International Studies, said that the reason behind the EU's wish to keep JCPOA is that Europe is a direct victim of the Middle East conflict, especially the refugee flow. The collapse of the agreement and the intensification of the US-Iran confrontation will bring new destabilizing factors.

Reza Marashi, director of the National Iranian American Council (NIAC) said that if there is a choice between Iran and the US, the EU will certainly choose America.

"Any attempts by the US side to unseal the JCPOA without consent from all the other parties would directly violate the fundamental principles of international law, and as the matter also concerns the nonproliferation regime, it would also serve as a powerful incentive toward its further erosion," Chairman of Russian Federation Council's Foreign Affairs Committee Konstantin Kosachyov said earlier in Janurary. 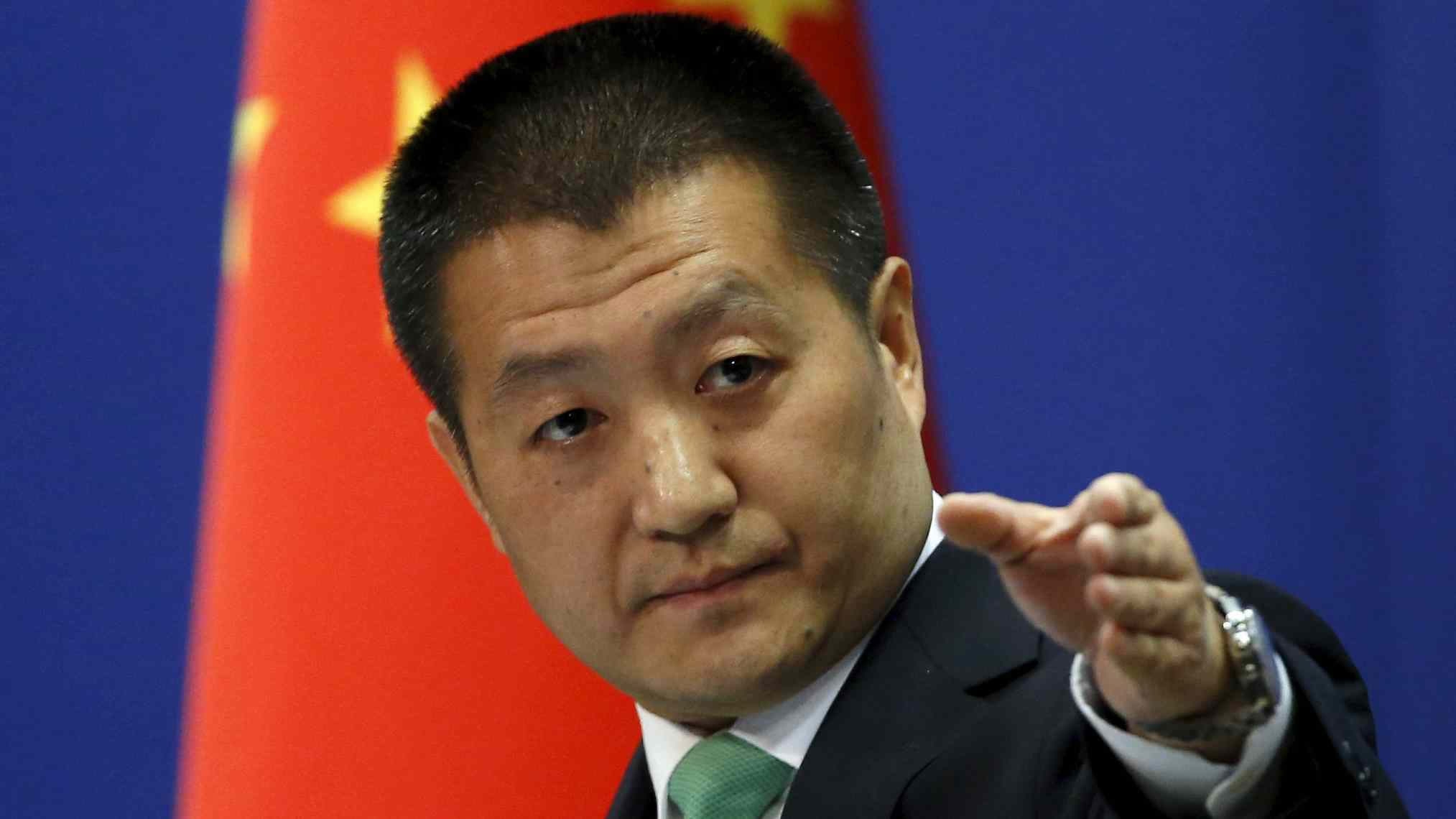 Chinese Foreign Ministry spokesman Lu Kang points out a reporter to receive a question at a regular news conference in Beijing. (Photo: VCG)

“We hope that JCPOA will continue to be implemented strictly and faithfully by the parties concerned, which is in line with the international non-proliferation efforts and the common interests of the international community,” Chinese Foreign Ministry spokesperson Lu Kang said at a regular press conference in March.