Twenty-four manhole covers on the campus of the Physics Institute of the Chinese Academy of Sciences (CAS) in Beijing have been coated with funny cartoon patterns depicting psychophysics formulas for the 90th anniversary of the institute and its annual public science day.

A frog standing on a wood block floating freely on a river is backed by Archimedes’ law of buoyancy. Snell’s Law is shown by a greedy kitten staring at a fish. However, the fish actually stays lower than the vision appears to the kitten. It looks like the kitten is fooled by the law of refraction. A male successfully woos a girl, while another male is sullied. The theory lies in the arrows labeled on them. It seems that the Pauli exclusion principle lets a few jubilate a few anxious. 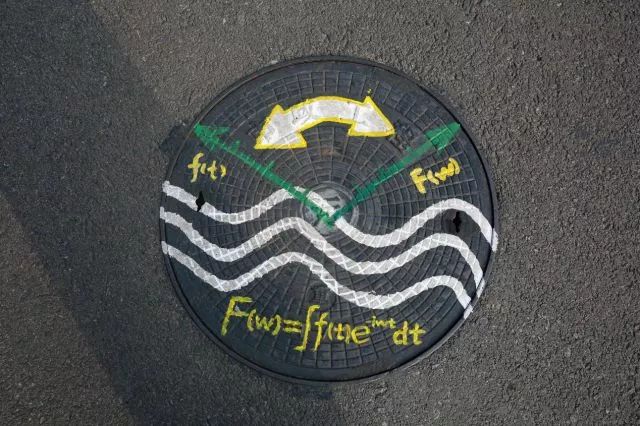 It’s known to the world as the law of refraction explaining the refraction phenomenon happens when light beam passing through surfaces of different media. 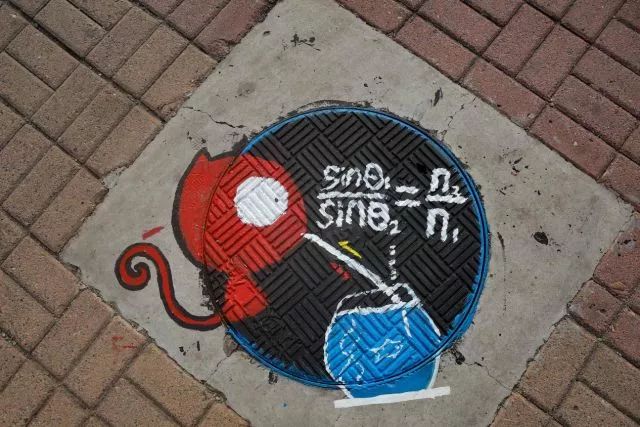 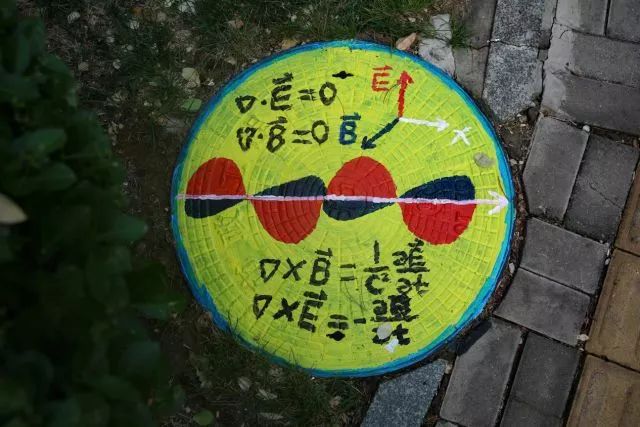 Set up by Daniel Bernoulli in 1726, the equation states that an increase in the speed of a fluid occurs simultaneously with a decrease in pressure or a decrease in the fluid's potential energy, which explains why when grabbing the side of a paper and blowing on it, the other side rises. 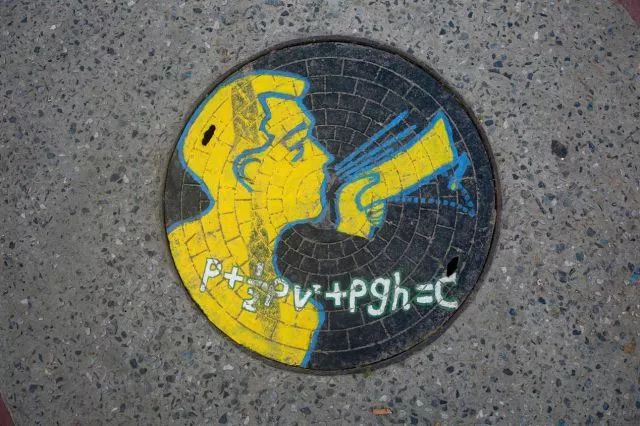 Schrodinger's equation is one of the fundamental equations in quantum mechanics. While the thought experiment of Schroedinger's cat enjoys more fame. 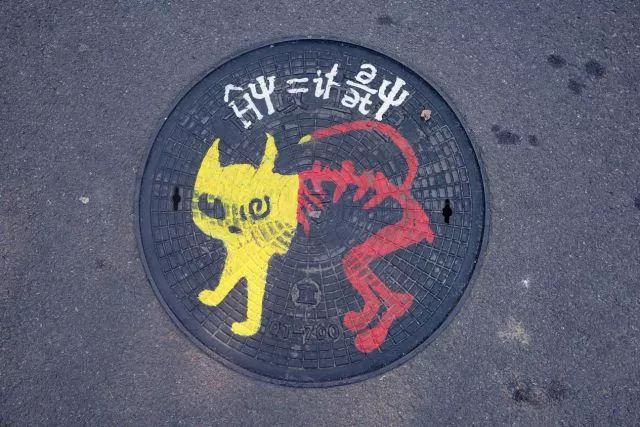 Proposed by German physicist Werner Heisenberg in 1927, the uncertainty principle states that the more precisely the position of a particle is determined, the less precisely its momentum can be known, and vice versa. 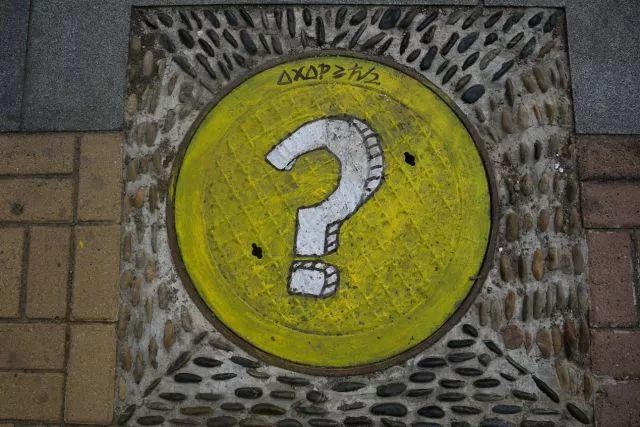 As a classic law in middle school physics text-books, Archimedes’ law of buoyancy states that the upward buoyant force exerted on a body immersed in a fluid, whether fully or partially submerged, is equal to the weight of the fluid that the body displaces and acts in the upward direction at the center of mass of the displaced fluid. Word has it that Archimedes discovered the law of buoyancy while taking a bath and ran through the streets naked to announce his discovery. 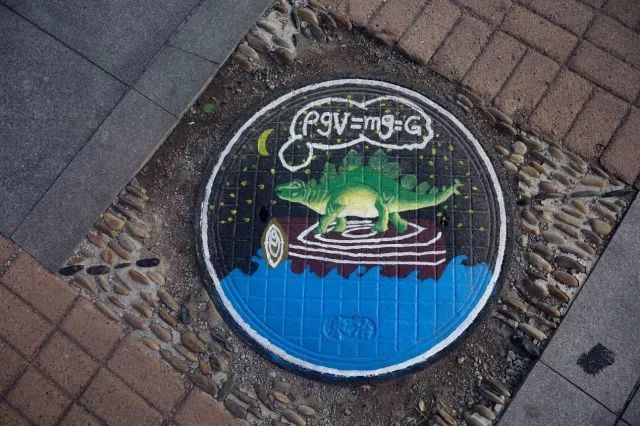 There is a popular story that Newton was sitting under an apple tree, an apple fell on his head, and he suddenly thought of the Universal Law of Gravity. However, the truth is that Newton discovered the theory during the bubonic plague epidemic of 1665-1666 after doing research on Kepler’s Three Laws. 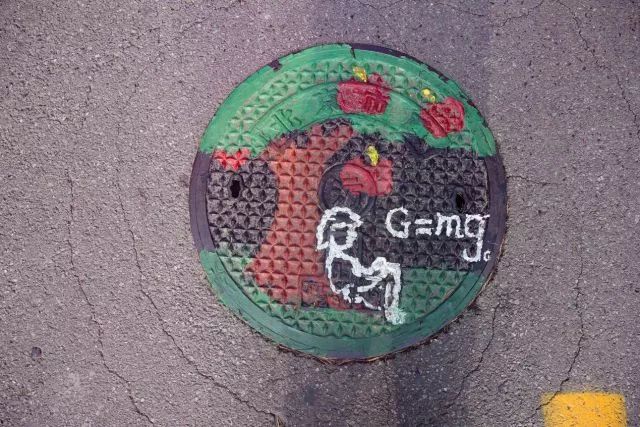 Mass-energy equivalence is known to the world as E=mc². Proposed by Albert Einstein in 1905, the equivalence states that the energy E of a physical system is numerically equal to the product of its mass m and the speed of light c squared. According to Einstein, mass is concentrated energy. For example, a 20g marble contains as much energy as a 500 kilotons hydrogen bomb. 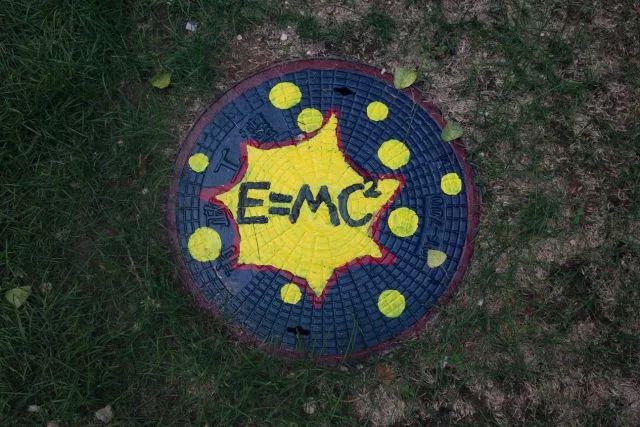 10. Guess what this cover depicts?

The answer is somewhere on this page. 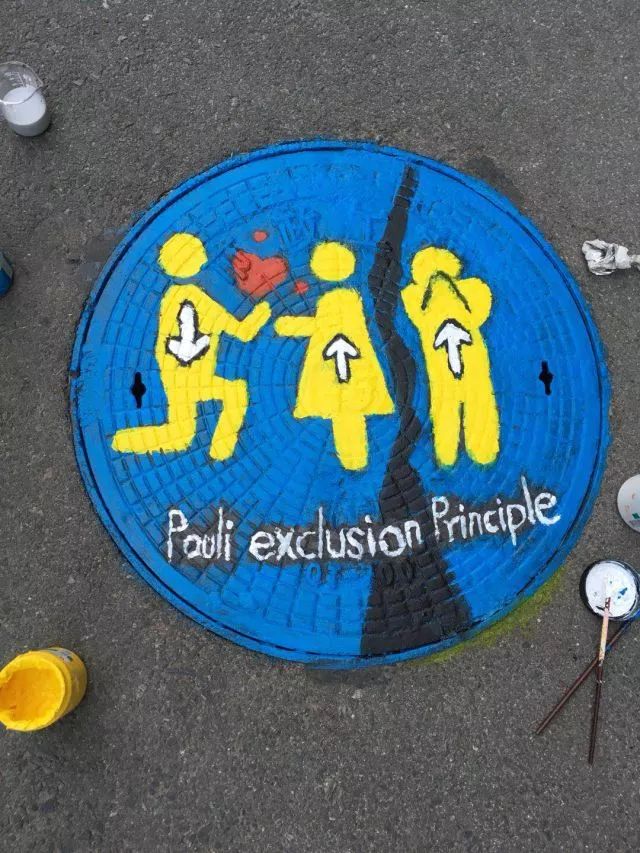