HEADLINE ‘Made in China' shine at Busworld Europe

‘Made in China' shine at Busworld Europe 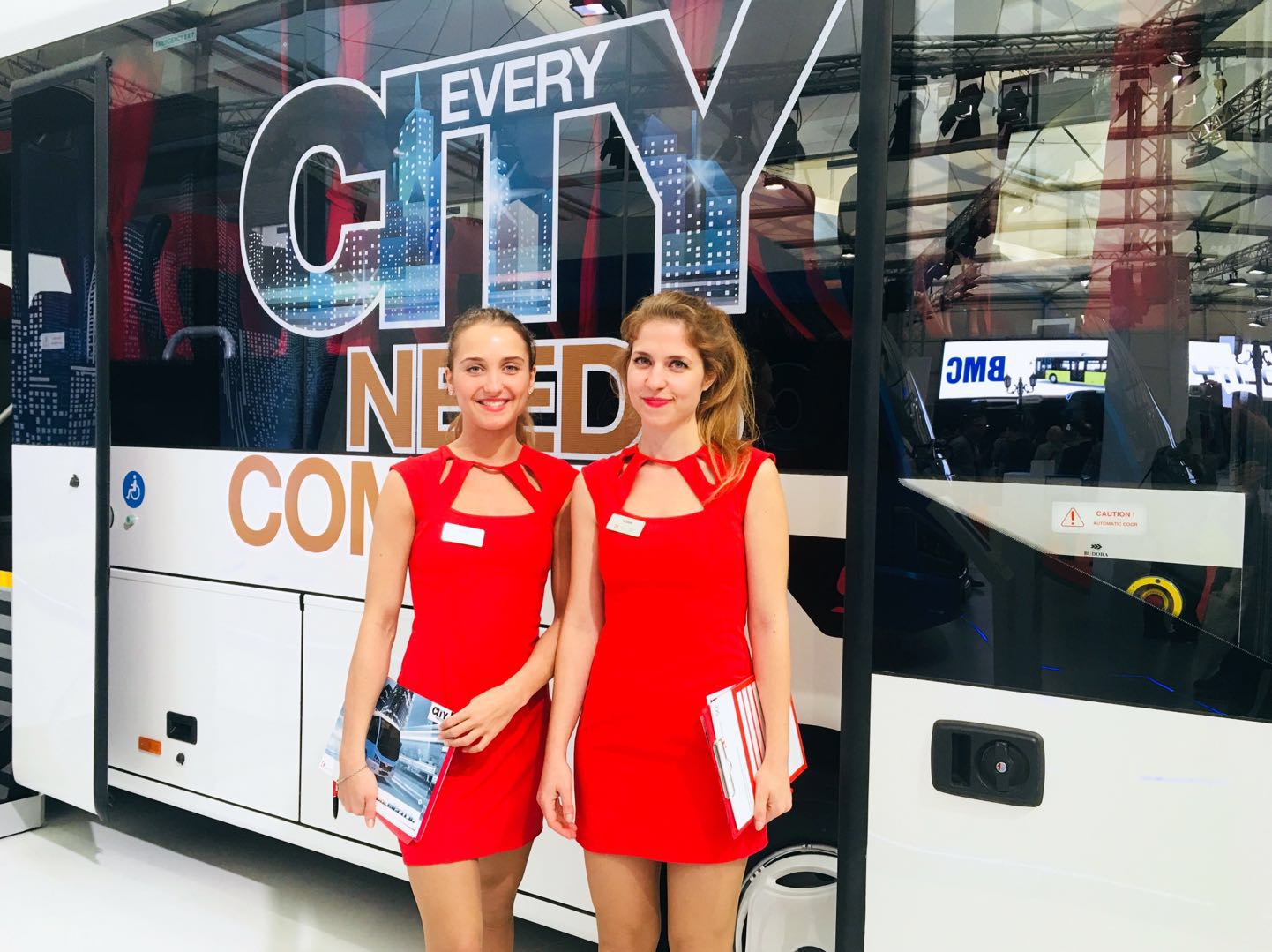 The 24th edition of Busworld Europe opens in Kortrijk Xpo in Belgium on Friday. Photo by Yan Ren

The 24th edition of the biannual professional bus and coach exhibition Busworld Europe opens in Kortrijk Xpo in Belgium on Friday. What makes it different from the previous editions is that many Chinese companies debut and display the most cutting-edge technology and their star products, greatly surprising the audience.

Busworld Europe (Kortrijk), the biggest B2B bus and coach exhibition in the world, has been rolled out since 1971. It is dedicated to buses and coaches alone: no other commercial vehicles or other modes of transportation are allowed. This gives the industry the attention it deserves and makes the exhibition a real celebration of bus and coach. Vehicle manufacturers and their suppliers show their latest products and services. The exhibition is opened from Friday, October 20 to Wednesday, October 25.

Connexxion, a large public transport company in the Netherlands, has announced to order 21 units of BYD's brand new Midibus. BYD, a leading high-tech muntinational company based in Shenzhen in southern China made its debut at Busworld Europe. The deal is believed to be one of BYD's largest orders for heavy duty pure electric midibuses in Europe and is certainly the first significant one to be placed by a Dutch operator.

There are around 10 Chinese companies joining the big show. Many audiences told People’s Daily they were surprised to see the good quality and modern design of the buses from the Chinese companies. As more and more Chinese products and advanced technologies are introduced to Europe, European’s impression of Made-in-China changes gradually.