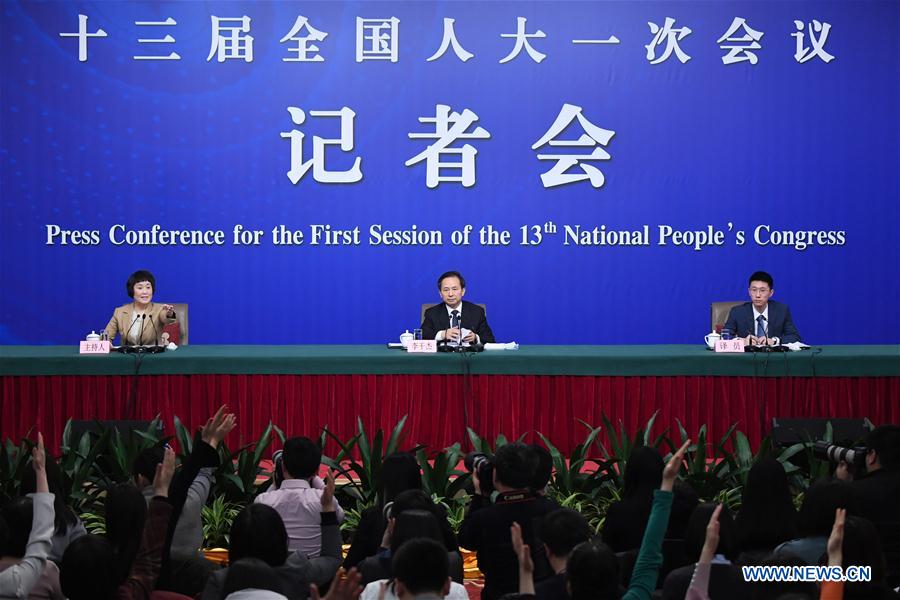 Chinese Minister of Environmental Protection Li Ganjie (C) takes questions at a press conference on the battle against pollution on the sidelines of the first session of the 13th National People's Congress (NPC) in Beijing, capital of China, March 17, 2018. [Photo/Xinhua]

Li said such environmental inspections led by the central government have played an effective role in solving a large number of environmental problems on people's doorsteps, and the ministry will push forward more such inspections this year.

Although the total number of officials punished is slightly smaller than the 1,100 people held accountable in the first round of environmental inspections, the second group included more high-ranking officials, signaling a stronger intensity and desire to hold officials accountable, Li said.

Such inspections are part of China's campaign to fight pollution and environmental degradation as decades of growth have left the country with smog, polluted water and contaminated soil.

The officials held accountable were publicly named, admonished, ordered to apologize, given Party disciplinary or administrative punishment, or transferred to judicial authorities.