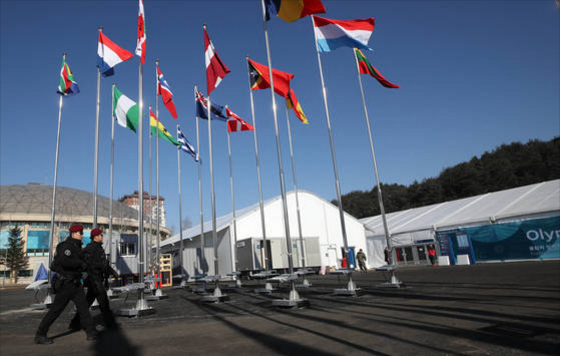 More than 1,200 security guards have been withdrawn from the Pyeongchang Winter Olympics because of a norovirus outbreak, organisers said Tuesday.

Out of the group, 41 suffered a sudden onset of vomiting and diarrhoea on Sunday.

They were transferred to hospital and most were diagnosed with a norovirus infection.

Norovirus is highly contagious and can also be spread through food or water contamination.

"The 1,200-odd people were pulled out from their duties," an official of the Pyeongchang Olympic Organizing Committee told AFP. "They were replaced by some 900 military soldiers."

Health authorities were investigating the origin of the virus, he said.

The security guards, all employees from a security company, had been accommodated at a youth training centre in Pyeongchang, separate from the athletes' village.