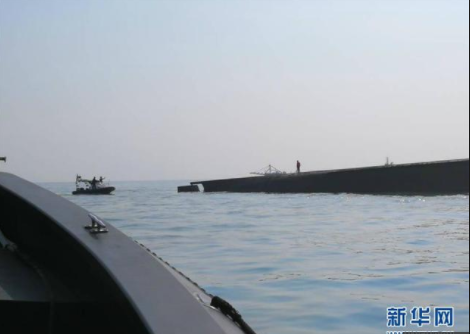 Malaysian local governments have launched search and rescue efforts after a sand-dredging ship capsized in the waters of the Malacca Strait in Malaysia on Wednesday, with three Chinese crew members rescued, one dead and 12 missing, according to the website of the Chinese Embassy in Malaysia.

A Malaysian and an Indonesian crew member were also missing, according to the Malaysian Maritime Enforcement Agency (MMEA), the country's coast guard.

The Malaysian navy is on the way to the capsized ship and will join in the rescue Thursday morning, along with seven members of the Chinese Marine and Rescue Center, said the embassy

The three rescued rescued Chinese crew members are in good condition and their families are on the way to Malaysia.