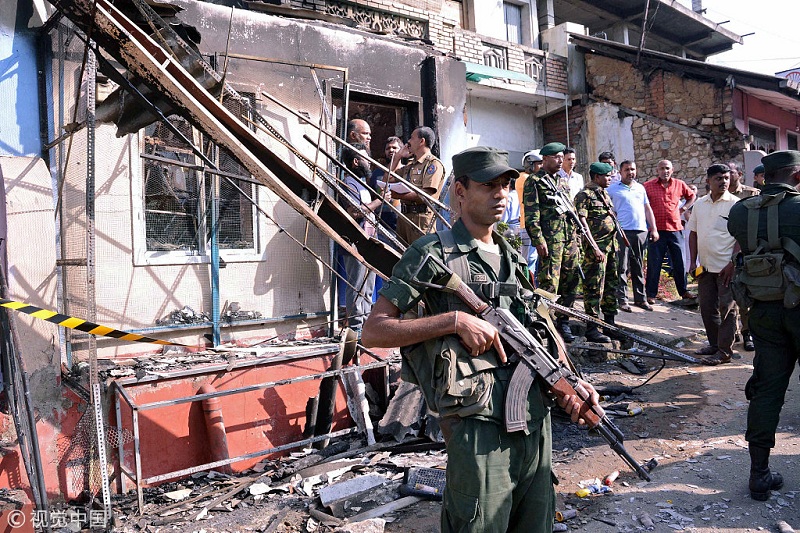 The Sri Lankan Police on Tuesday said it had recovered the body of a 27-year-old male from a burnt house in Kandy, in Central Sri Lanka after mobs clashed on the streets after burning houses, mosques and businesses a day earlier.

Police said a magisterial inquiry into the death was presently underway while a team from the Criminal Investigations Department had also been dispatched to Kandy to conduct a probe into the clashes.

President Maithripala Sirisena declared a 10 day nationwide state of emergency and urged for calmness and peace after violence spread across the Kandy district triggered by days of communal tension.

Hundreds of security personnel, including the special forces were deployed in Kandy on Monday while the police also imposed a curfew.

A police official told Xinhua the curfew would remain in place till Tuesday evening.

President Sirisena and Prime Minister Ranil Wickremesinghe have vowed to hold an impartial probe and restore normalcy in the island immediately.

Police spokesman SP Ruwan Gunasekere said violent clashes erupted in Digana town in Kandy on Sunday night after a 41-year-old man died from his injuries after being attacked by a group of people last month.

Gunasekara said 24 people had been arrested over the killing so far. Out of the 24, 10 were directly involved in the killing of the victim while 14 others were arrested on suspicion.