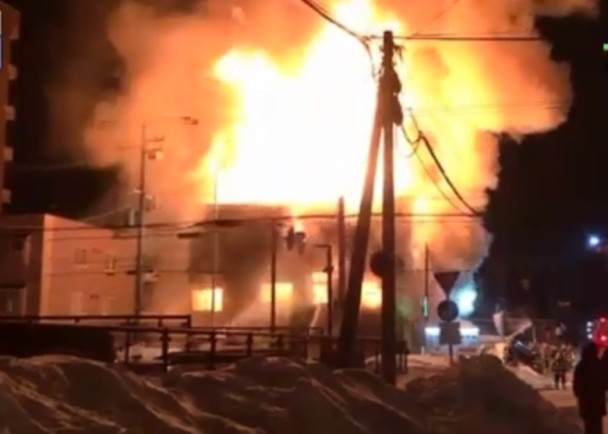 The fire breaks out at a welfare facility for elderly people in Sapporo, Japan, February 1, 2018.(Photo: world.huanqiu.com)

According to local media reports, there were a total of 16 residents staying at the facility for senior homeless people when the fire broke out in the three-story building at around 11:40 p.m. local time on Wednesday night.

Police and firefighters are still trying to determine the cause of the fatal blaze.

The facility's staff members do not usually stay overnight at the center located less than 2 km from Sapporo railway station and 1 km from the city center.

The facility's operator, a member of the nonprofit organization Homeless Support Hokkaido Network, has been renting the property for the seniors without homes. The building previously used to be an inn.

Japan's public broadcaster NHK said that according to eyewitness accounts smoke was seen billowing out of the facility at 11:40 p.m. local time.

Other media outlets quoted witnesses as saying they heard a number of loud explosions before the building became engulfed in flames.