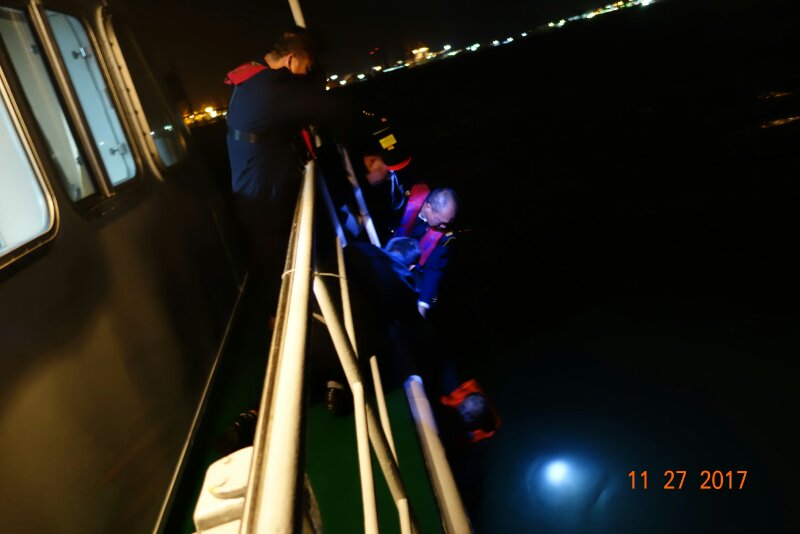 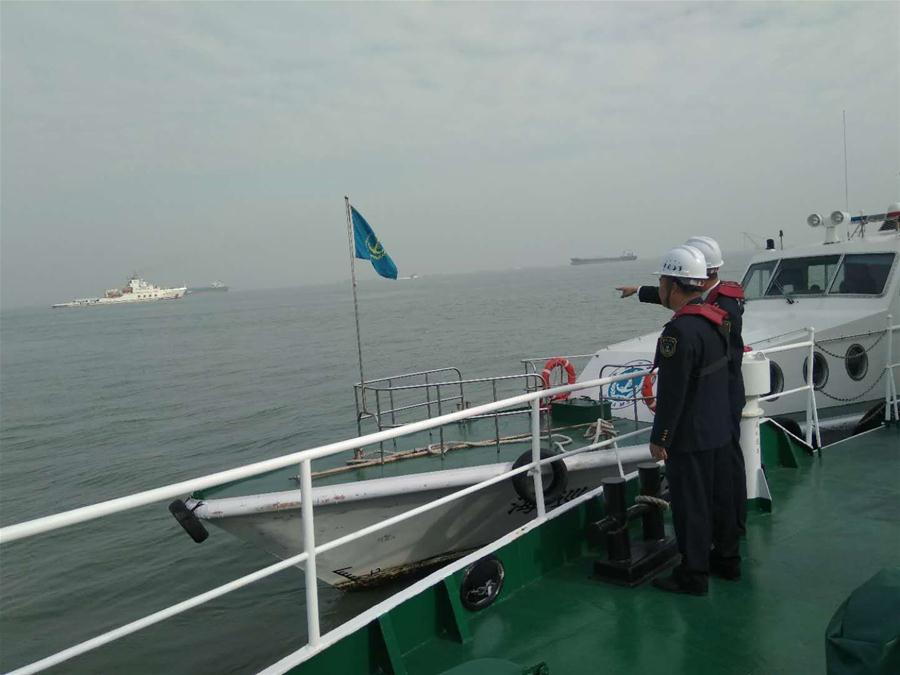 Rescuers work at the accident site where two cargo ships collided off the coast of south China's Guangdong Province, Nov. 27, 2017. A bulk ship carrying 5,000 tonnes of sand sank in the sea waters near the Pearl River estuary after colliding with a ship loaded with 5,038 tonnes of steel at about 3 a.m., said the Guangzhou maritime search and rescue center. Two crew members from the sunken ship have been rescued but the rest 12 remain missing. Eleven sailors from the steel ship have also been rescued. (Xinhua) 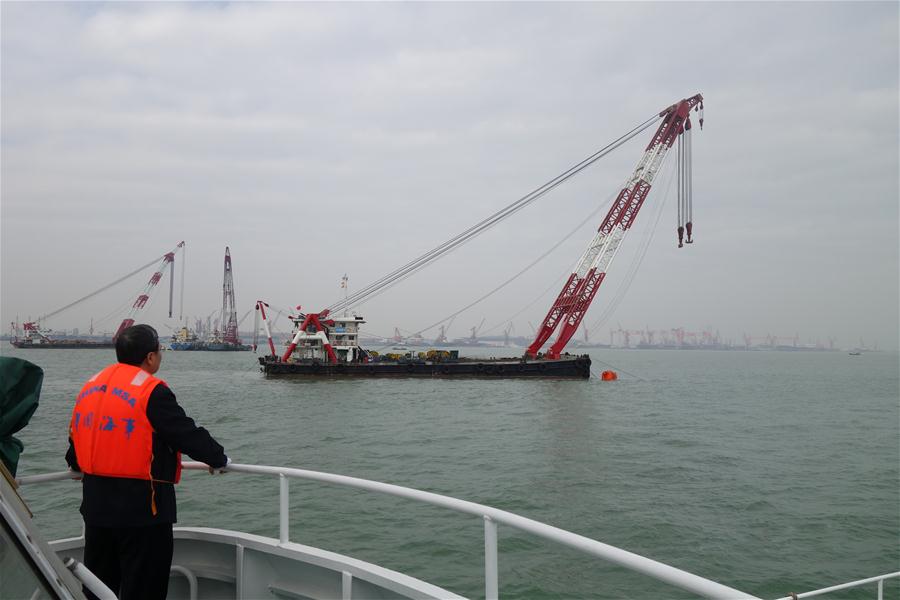 The collision occurred at around 3 am on Monday morning. A cargo ship carrying yellow sand from Jiangsu Province sank after slamming into another ship from Fujian Province, carrying over 5,000 tons of steel, authorities said. (Compiled by Fang Tian)