HEADLINE 15 dead, 5 hurt in a stampede for food aid in Morocco

15 dead, 5 hurt in a stampede for food aid in Morocco 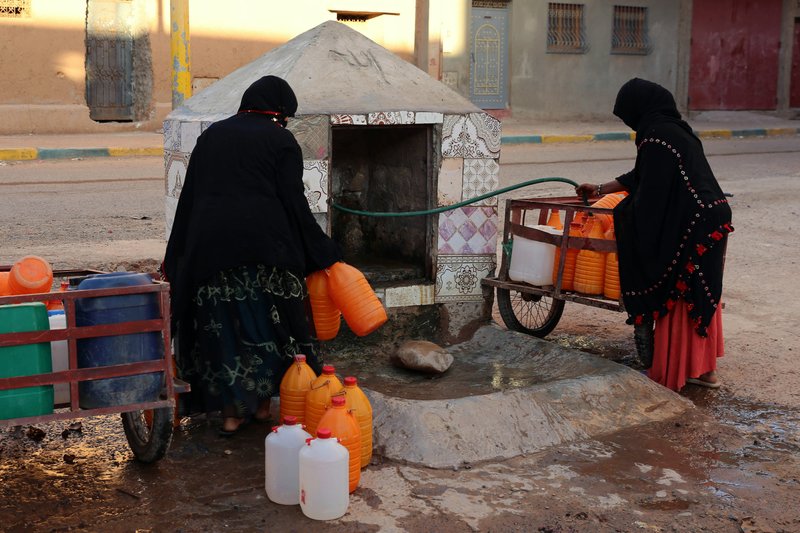 A stampede in a southern Moroccan village left at least 15 people dead and five others injured Sunday as food aid was being distributed, the Interior Ministry said.

The crush took place in Sidi Boulalam, in the province of Essaouira, as a local association was distributing food aid in a local weekly “souk”, or market, the ministry said in a statement.

King Mohammed VI has given instructions that “all measures be taken to help the victims and their families,” the ministry said. The king will pay for the hospitalization of the wounded and the burials of the dead, according to the statement.

Alyaoum24.com, a local and reliable news website, reported that people were rushing for food aid whose value was about $16 per person.

The mayor of the nearby city of Essaouira, Hicham Jbari, told The Associated Press that the tragedy’s victims have been transported to his town’s hospital. The village of Sidi Boulalam is about 60 kilometers (35 miles) from the city of Essaouira.

Distributions of food aid are common in the North African nation, notably in remote parts of the country. They are organized by private sponsors and groups as well as by the authorities.

Often held once a week in rural areas of Morocco, the souks are usually very busy places. People from nearby villages come to the markets to buy food and others items for a week.

A drought has greatly hurt agricultural output in Morocco recently, contributing to the high cost of basic food items.