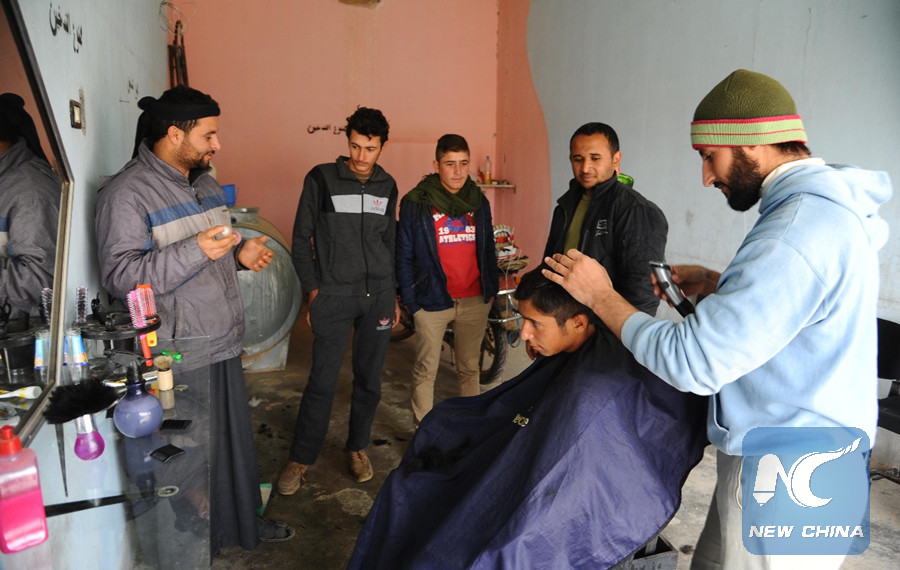 "I've just had my first stylish haircut since the Islamic State took over our area almost five years ago, and I am feeling like a great person," Wasim, a 15-year-old boy, told Xinhua, rocking Cristiano Ronaldo's comb-over-fade haircut.

Wasim had lived under the Islamic State (IS) control in the town of Dibsi Afnan in the northern province of Raqqa, which was the de facto capital of IS before the Syrian army and the Kurdish forces took over that province late this year.

During IS rule over his town in the southwestern countryside of Raqqa, Wasim said all of the boys in his age were ordered to have a short haircut with no style at all, and any boy who would get caught making styles in his haircut would be whipped.

His town has been liberated by the Syrian army last June, but he didn't dare to make any visual change in the style of haircut because he wasn't ready yet after all of the oppression's years.

"I am feeling strange now as if this is the first time for me to look in the mirror, but I am also feeling great," he said, standing next to his friends, who all came to have different haircuts, which is the first thing they do as teenagers.

The barber, a man in his 30s, told Xinhua that when IS was in their town, he didn't dare to make stylish haircuts for the boys.

"It was so difficult for me because any mistake and my head could be hanged in the nearby yard, where Daesh used to behead people for all of the ridiculous reasons," he said, using the Arabic acronym of IS. 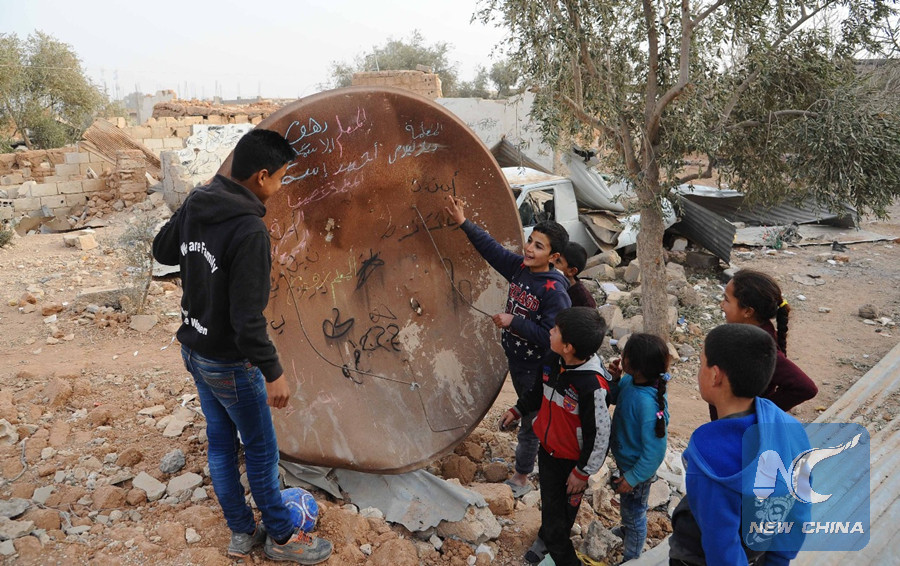 Wasim and his friends don't know anything about smartphones, computers or any other modern technology equipment because IS kept them in the dark in his town.

"I know nothing but the television, and even television was banned by Daesh when they were here because they wanted us to know nothing except the things they would tell us," Wasim said.

The teenager also had to skip school.

"I left school when I was in the fourth grade. There were no schools as all of them were shut off and Daesh used to teach us religious things and convince us about the importance of jihad," he said.

He returned back to school now as a ninth grader but he said it's extremely difficult.

"After staying without a school for five years, It's difficult to return, and we have a scarcity of teachers but I want to continue my study anyway," he said.

During the seven years, Wasim said he worked as a technician fixing cars, but it wasn't his dream.

Wasim is one of those unfortunate kids ever since he was a little child, losing both his parents at an early age.

"After losing my father and mother, I was raised by my grandparents and my dream is to become a military officer like my father," he said.

In Dibsi Afnan, everyone has a story about the tough times they spent under IS rule.

Basic food items and bread have become available in the town as well as drinking water, but the town has no electricity, phone lines and lacks basic services.

In another spot of this town, some kids were playing football, while a few others were learning how to read, with an older boy teaching them how to write, using a satellite dish as a chalkboard.

Grownups were busy fixing their shops and making a living while complaining about the lack of electricity and phone lines while expressing relief about the security situation.

Jasim was climbing a ladder to fix the exterior of his shop in the town, after leaving it for four months when the battles for retaking the city from the army intensified.

"We left before the liberation time and we stayed in the town of Tabqa in Raqqa countryside but we have finally returned here. Now I am here and the situation is much better," he told Xinhua.

Jasim and other people in the town spoke of the propaganda of IS, and how they were playing on the fears of the people there, with the lack of any news outlet to get information from.

He said IS had imposed tough penalties, including beheading, on those who may break the law, even on the most trifle things.

"They would behead a few people every couple of days just to scare us and keep us completely under the control," he said.

When the army started closing in on the town, Jasim said: "The Daesh militants started scaring the people by saying that the Syrian army was coming to take revenge on all of them, in an attempt to keep them in the town without fleeing, as the group was using civilians as human shields."

The terror-designated group also prevented the civilians from fleeing toward government-controlled areas.

"They would kill anyone who would be caught leaving," one man told Xinhua, refusing to give his name as most of the people there are yet to fully break the circle of fear they had lived under for years.

Jamil, a 60-year-old, said he couldn't leave the town despite all of the sufferings because he was so attached to this area and had no place to go.

"If I could leave this area I would have left it a long time ago. I remained here despite all of the sufferings under the rule of the terrorists with all of the fear and horror. Today the people are relaxed after all of the hard times," he told Xinhua.

Syrian soldiers also patrol the town to ensure the security of that area. 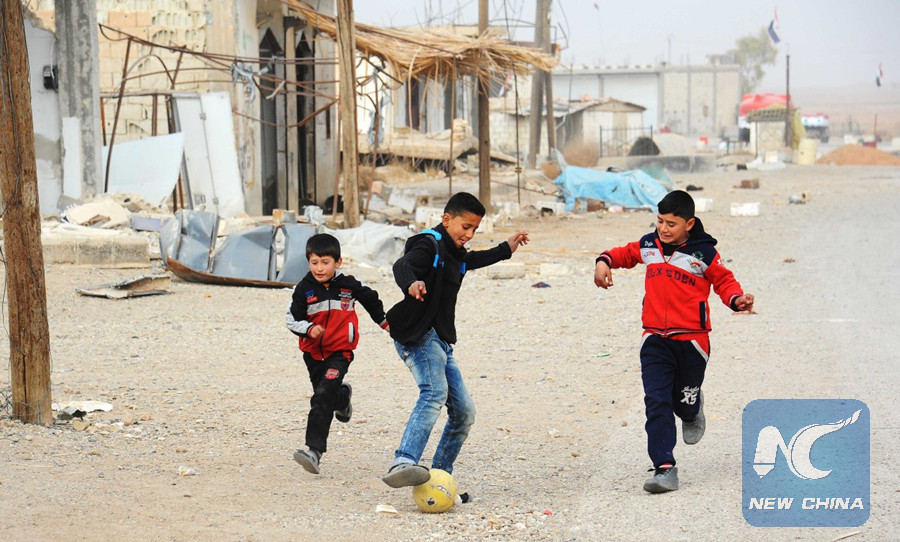 One of them, Kamel, told Xinhua the situation is getting better and the families who succeeded to break free from IS control are returning to their homes.

"The families were so happy about the liberation of the town and the evidence of that is that they are returning. I am here manning a checkpoint and I see four to five families returning on daily basis and they are happy now that life is gradually returning," he said.

Dibsi Afnan and all of the southwestern countryside of Raqqa are under the Syrian army forces, while the capital city of Raqqa is under the control of the Kurdish-led Syrian Democratic Forces (SDF).

Both the army and the SDF were fighting IS in Raqqa, but separately, and 2017 marked the defeat of IS in its major strongholds such as in Raqqa and the eastern province of Deir al-Zour.

The control over the province seems to be politically agreed upon by the army and the SDF, at least for now.

With the defeat of IS in 2017, exceptions are high that the political solution may have a chance in 2018 now that the most dangerous terror group in Syria has largely fallen.