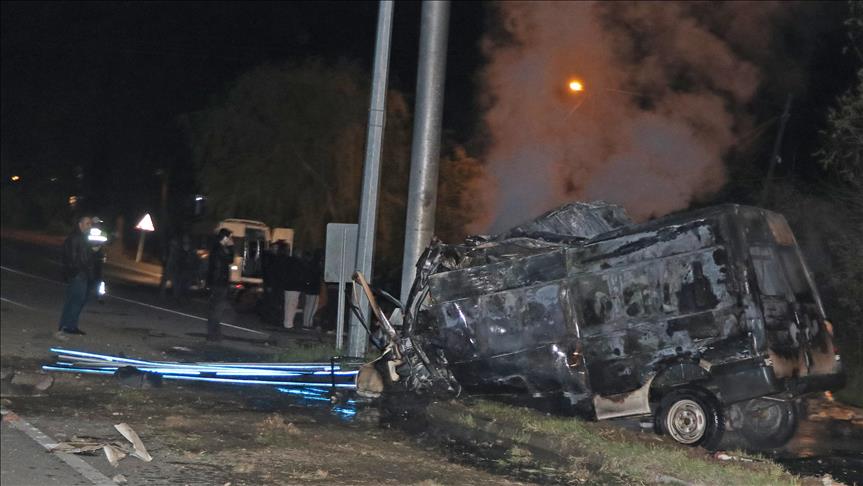 ANKARA, March 30 (Xinhua) - Some 17 undocumented migrants were killed and 36 injured when their minibus crashed and caught fire late Thursday in Turkey's eastern Igdir province.
The minibus carrying Afghan, Pakistani and Iranian nationals entered Turkey illegally from Iranian border, and caught fire after hitting a light pole on the Igdir-Kars highway, the state-run Anadolu Agency reported.
The minibus reportedly carried over 50 people, although its capacity allows only 14. After the accident, Gendarmerie forces, firefighter teams, and medical teams were dispatched to the scene.