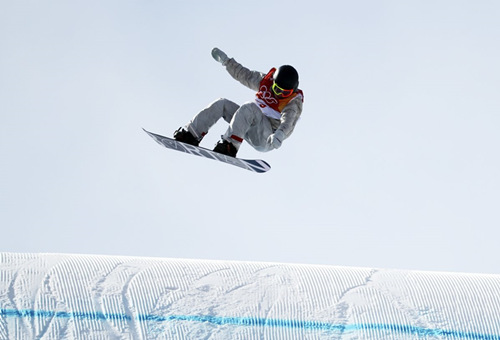 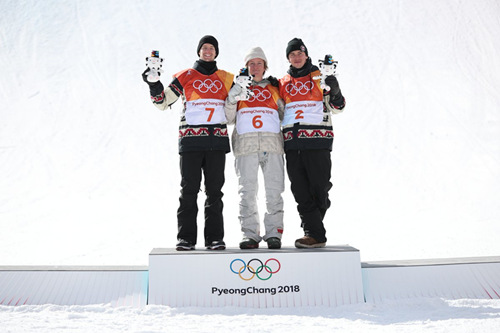 He scored 87.16 points against rival Max Parrot, who picked up a silver, with Mark McMorris taking third. 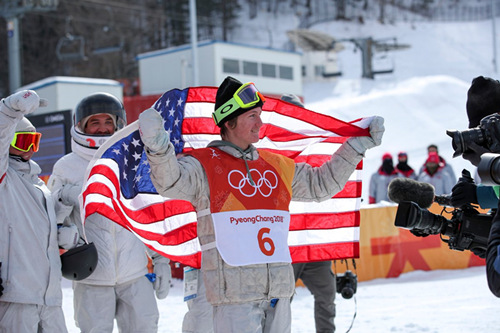 Gerard holds a US flag after winning the gold medal.

"I was really happy when I saw I came in as first," said Gerard. 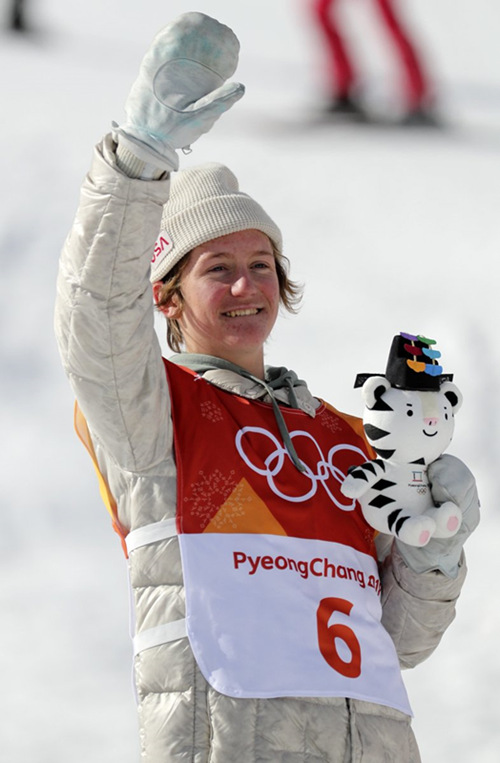 Gerard holds the Pyeongchang Olympics mascot Soohorang and waves at the crowd.