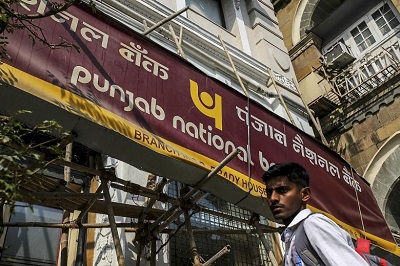 Indian authorities suspended more employees and were carrying out raids Friday as investigations into fraudulent transitions worth about 1.77 billion

Multinational banking and financial services company Punjab National Bank (PNB) said the bank's officials were being probed for the role in carrying out fraudulent and unauthorized transactions.

Reports said the number of PNB employees suspended so far in the case have reached up to 18.

"A diffusion notice is less formal than a notice but is also used to request the arrest or location of an individual or additional information in relation to a police investigation," a senior police official said.

Meanwhile, the Indian government is contemplating to revoke passports of Nirav Modi and others after Enforcement Directorate (ED) wrote to the foreign ministry seeking revocation of their travel documents.

Reports said ED and CBI are conducting searches at premises of Nirav Modi and Geetanjali Gems across India in connection with the scam.