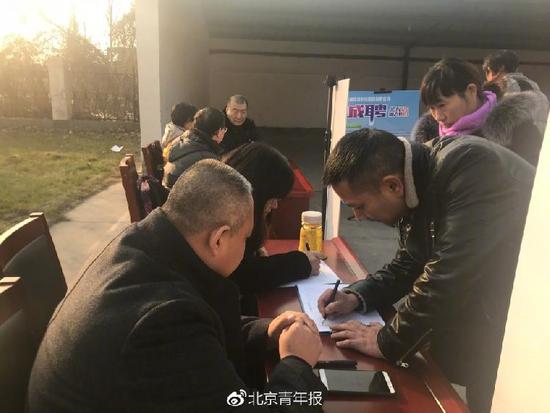 Transitional shelters, travel expenses and new jobs will be provided for the people affected by a city-wide cleanup campaign following a deadly fire that killed 19 people and injured eight others more than a week ago in Daxing district, Beijing, a local official said on Monday.

Xihongmen Township in Daxing held its first job fair after the fire, promising to provide accommodations to the needed and pay the fares for migrant workers who want to return hometown, said Chen Yongqiang, who is a vice mayor of the township. Besides, more companies in Xihongmen will hold job fairs and offer more job opportunities for ensuring a safer working environment, according to another official in Daxing.

On the same day, Cai Qi, secretary of the Beijing Municipal Committee of the Communist Party of China (CPC) , stressed to give necessary social assistance and humanistic cares for people affected during the ongoing city-wide cleanup work.

Compared with previous job fairs, companies attending Monday's event are required to offer safe and comfortable living places for their potential employees, which has attracted the attention of job seekers.

To ensure the basic necessities of people affected by the cleanup campaign, the Xihongmen township government has set up temporary assistance groups, officials said. People can receive relevant salvation after registration.

Migrant workers who are willing to stay in Beijing can participate the job fairs; meanwhile for others who want to return hometown but have no money, Xihongmen will provide temporary aid, such as transitional accommodation and food as well travel expenses, said the report.

The fire broke out on November 18, toppling a three-story apartment at Xinjian village, which homed to more than 400 migrant workers, reports said.