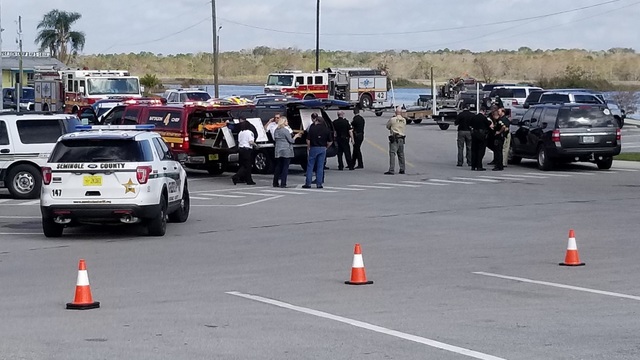 Florida (People's Daily) -- US Federal Aviation Administration (FAA) authorities reported a Connection 900 plane with three people on board crashed in Lake Harney, about 35 miles northeast of Orlando, Florida on December 8.

The two passengers, Men Tao (22) and Hou Xupeng (23), were staying in Sanford training for their pilot’s license.

“Commercial Training Solutions can confirm that a King Air aircraft that crashed in Lake Harney, Florida, this morning involved one of our employees and two trainees. We extend our heartfelt condolences to the family and friends of the victims of this tragedy. We are awaiting updates from local authorities on developments around this incident and will cooperate fully with the FAA and the NTSB in the ongoing investigation. No further information is available at this time," read an official statement from the owner of Commercial Training Solutions

Immediately following the crash search and rescue teams were dispatched to the lake.

FAA and National Transportation Safety Board (NTSB) authorities said an investigation into what caused the crash is underway.

“They first approached me to ask if I had seen a low-flying plane because they were still looking for the crash site, but I didn’t hear anything,” said George Tanner, a local resident who was fishing in his boat around the time of the crash.