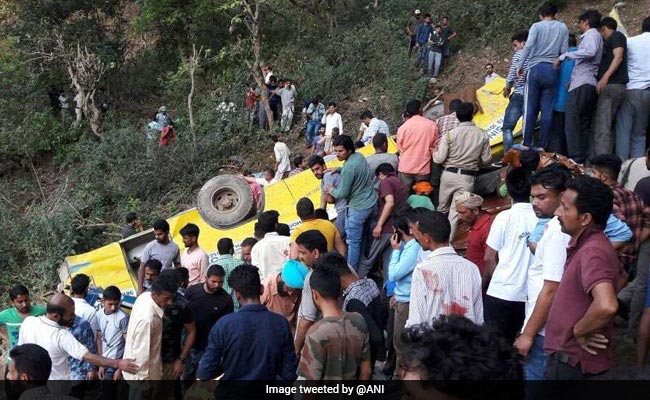 Around 20 school children were feared dead in India's northern state of Himachal Pradesh on Monday evening, when the school-bus they were travelling in fell into a deep gorge, a senior state government official confirmed to Xinhua.

The mishap took place in the state's Kangra district in Nurpur city. There were around 40 students in the ill-fated bus, 20 of them got injured.

Rescue work has been initiated and those injured are being admitted in nearby hospitals, said Sandeep Kumar, the deputy commissioner of Kangra district.

According to Kumar, the gorge is about 30 meters deep. Police, local volunteers, team of doctors and other emergency services have been mobilized, he added.