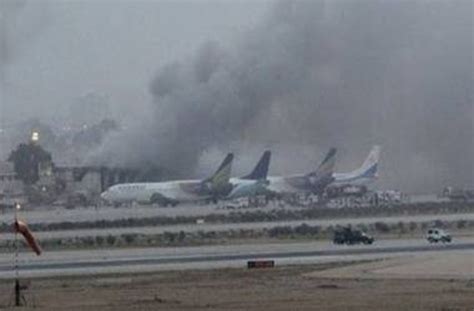 Earlier, Rabri called on all Libyan doctors and medical assistants to help treat the injured.
The Special Deterrent Force that is in charge of the airport's security said an armed group attacked the airport with heavy weapons on Monday morning.

"The criminal militia known as Bashir al-Baqarah and all the criminals wanted by the Deterrent Force attacked the international airport after escaping (from jail) and joining the militia," said the Special Deterrent Force.
The force confirmed that the current situation is under full control.
Head of the Civil Aviation Authority Nasr-Addin Shayeb al-Ain said the airport had been temporarily closed for security reasons.
"The closure of the airport was because of the ongoing clashes. We are waiting for the clashes to stop and for the airport to be secure again to resume air traffic," al-Ain told Xinhua, pointing out that flights have been temporarily transferred to the airport of Misurata city, some 250 km east of Tripoli.
The UN-backed government issued a statement condemning the attack, saying it "threatened the lives of travelers, nearby residents and the safety of air traffic."
"This attack aimed at freeing the Islamic State (IS), al-Qaida and other terrorists from the detention center supervised by the Interior Ministry's Special Deterrence Force," said the statement.
"Those acts not only attempted to free terrorists, but also attempted to hinder the peaceful political transition in the country, and also obstruct local and international efforts to achieve stability in our country," said the statement.
The international airport of Tripoli witnessed frequent clashes and armed attacks.
Monday's attack is the most violent one the airport has witnessed so far, as gunmen attacked the air hub and also a prison inside it, where hundreds of terrorists have been detained over the past few years.
Libya has been suffering insecurity and chaos since the regime of former leader Muammar Gaddafi's was toppled in 2011. The country is plagued with political division and escalating violence.
Terrorism has become a major threat to the security situation of Libya. The IS terrorists continue to plan or carry out car bombs and suicide attacks in the North African country.
Last week, two IS terrorists were arrested as they placed a car bomb near the industrial district of central Tripoli but failed to detonate it.