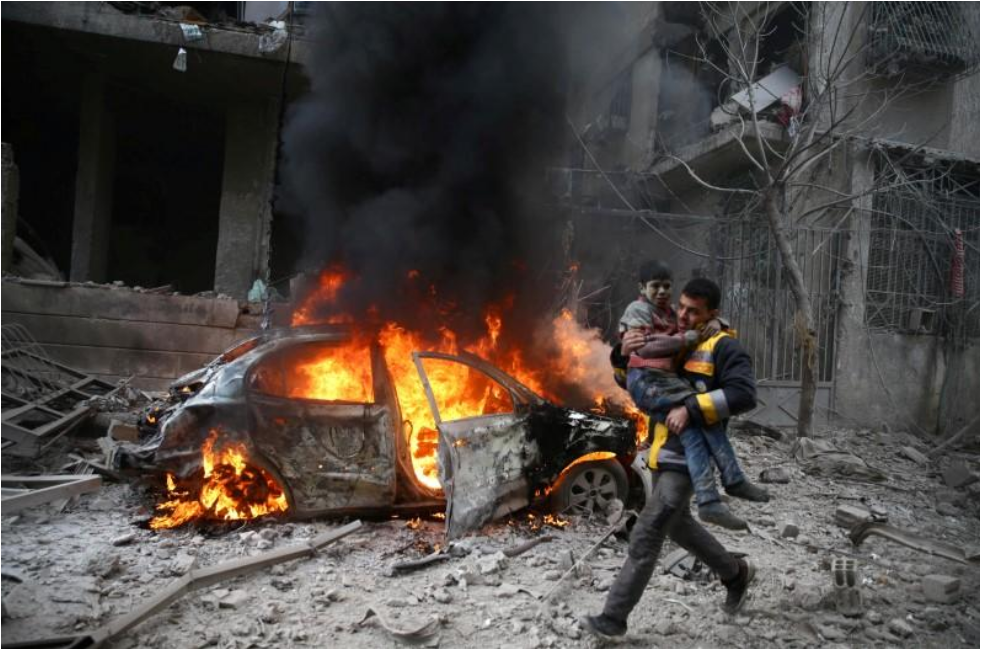 The humanitarian crisis in Syria is worse this year than ever before in the country’s seven-year-old civil war, a United Nations official said on Friday.

“We see in 2018 the humanitarian situation inside Syria being the worst we have seen since the war started: a very dramatic deterioration, massive displacement, disrespect of protection of civilians and people’s lives still being turned upside down,” Panos Moumtzis, U.N. Humanitarian Coordinator for the Syria crisis, said in Beirut.

Syria is the worst place in modern history in terms of attacks on healthcare workers and facilities, accounting for 70 percent of all such attacks worldwide, he said.

U.N. data shows 89 healthcare workers died in 92 confirmed military attacks on healthcare facilities between Jan 1 and May 4, compared to 73 killed in 112 attacks in the whole of 2017, U.N. Humanitarian Coordinator for the Syria crisis.

The two areas which saw the most healthcare attacks in 2018 were Eastern Ghouta and Idlib.

Eastern Ghouta had been the largest rebel-held pocket near the capital Damascus, but came back under government control in mid-April after a fierce offensive.

Idlib, in northwest Syria, is the largest remaining area under opposition control, containing around 2.5 million people.

Idlib’s population has ballooned over the course of the conflict, with people there from fighting inn other areas. The government has also transferred a large number of rebel fighters and their families to Idlib as part of surrender deals elsewhere in Syria.

Syrian President Bashar al-Assad has vowed to take back every inch of Syria.

Moumtzis said the U.N. does not want to see a repeat of what happened in Ghouta happen in Idlib. He urged the warring sides to come to a peaceful solution.

Moumtzis also said he was concerned about poor aid access in Syria.

In 2017, 27 percent of requests made by the U.N. to Syrian authorities for permission to deliver aid were granted. In the first four months of 2018 only seven percent were granted, Moumtzis said.

The number of people designated by the U.N. as living in besieged areas has fallen dramatically this year to stand at 11,100, after the Syrian government took back control of almost all rebel-held pockets around the capital Damascus.

But 2.05 million people in need of humanitarian assistance still live in hard-to-reach areas, the U.N. said.