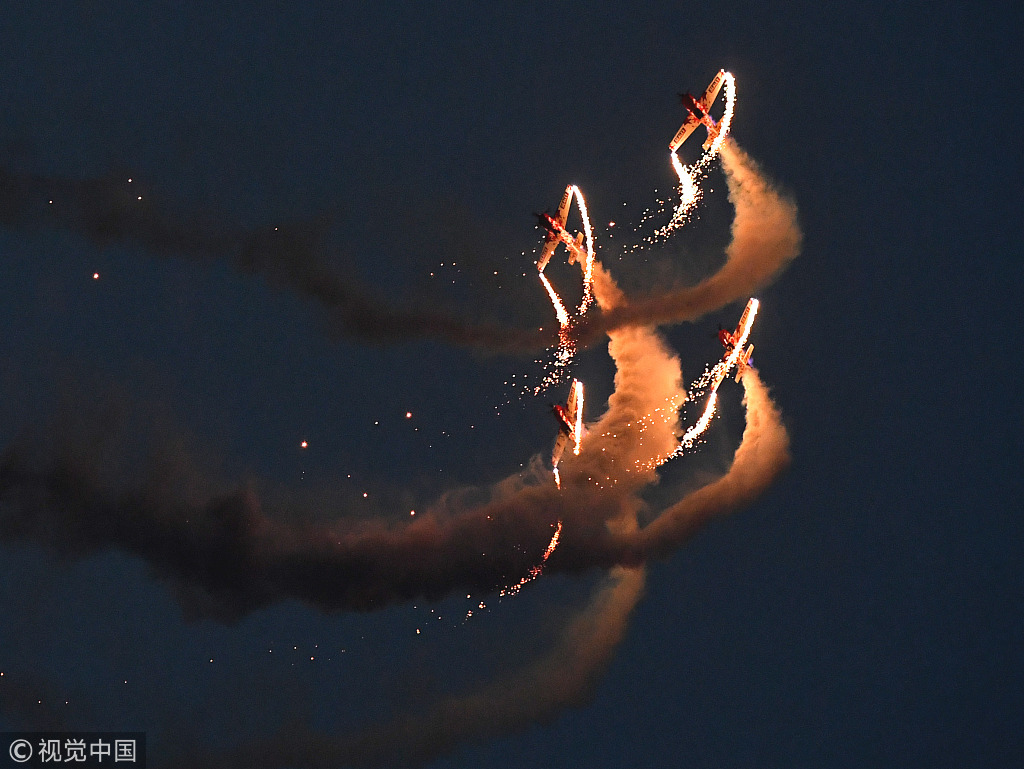 The 2018 Zhengzhou Air Show opened in Zhengzhou, capital of central China's Henan Province, April 27, 2018. Some aerobatic teams use fireworks during their stunning performance.（Photo：VCG） 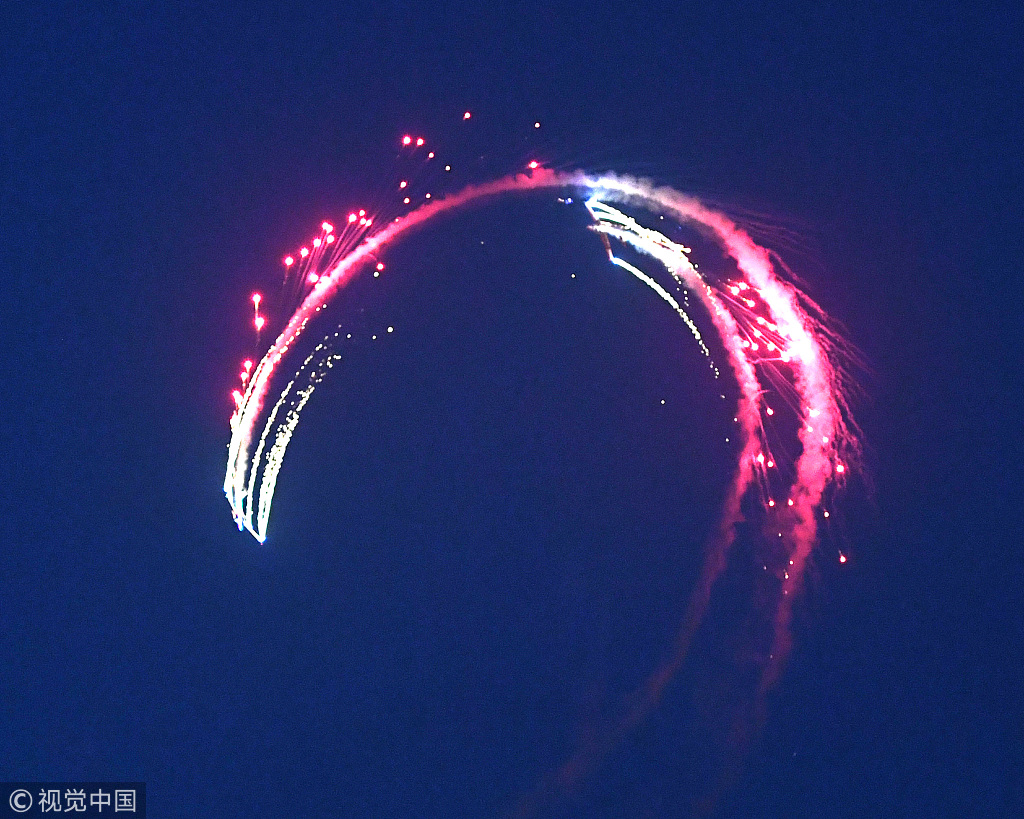 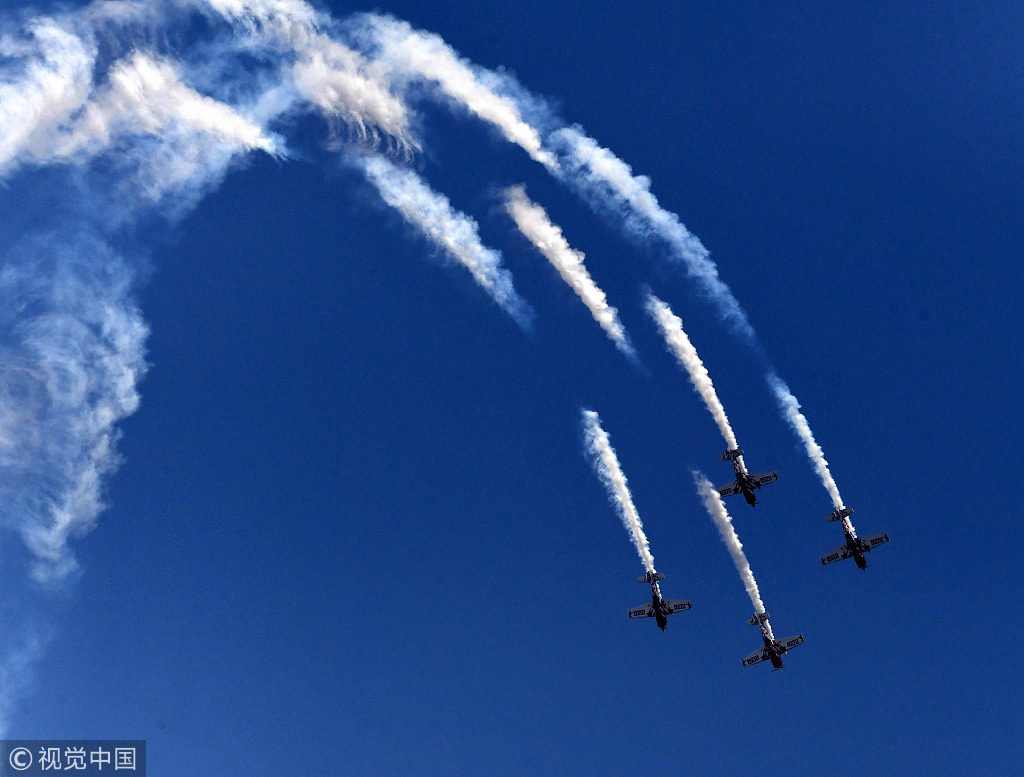 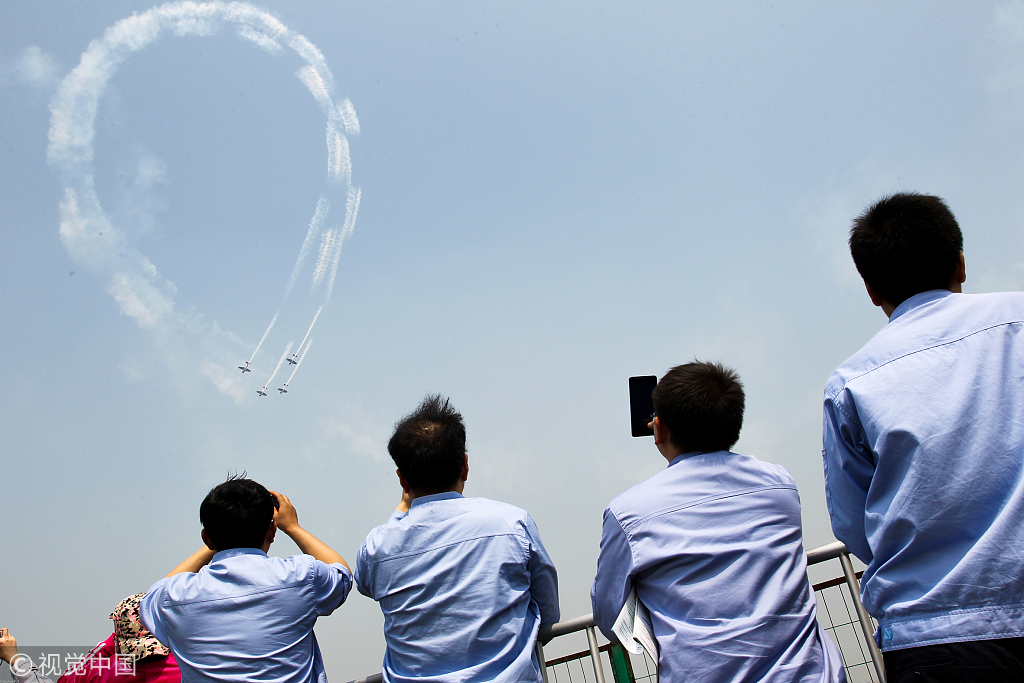 Aerobatic aircrafts create shapes in the sky to entertain spectators. 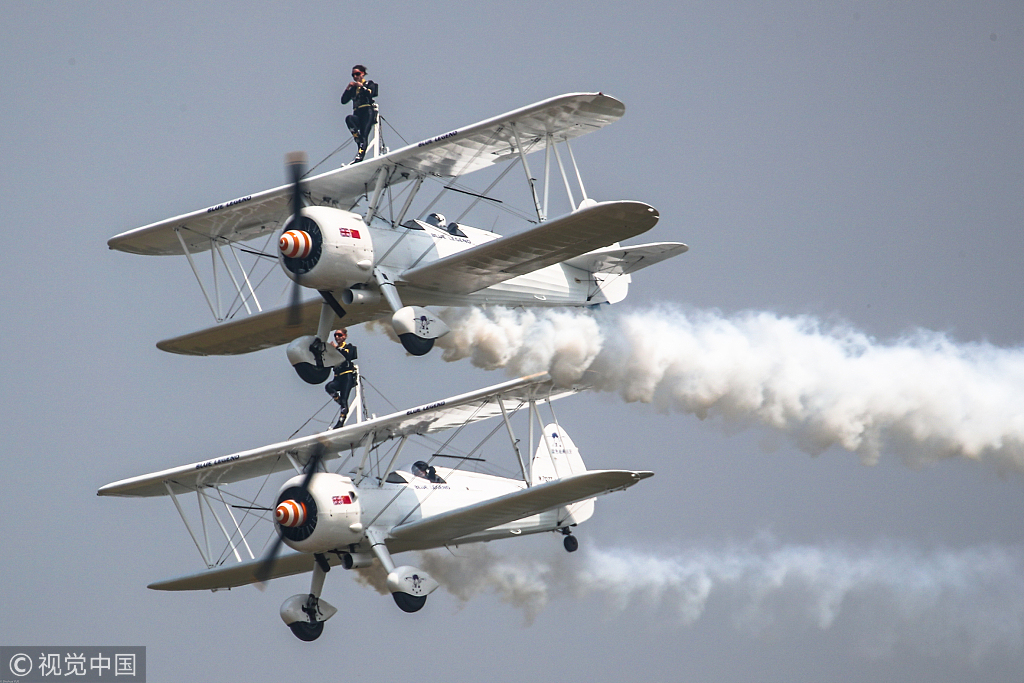 Some aerobatic teams have people balanced on the planes during a performance. There are 233 aircraft performing, which includes 174 fixed wing aircraft and helicopters. 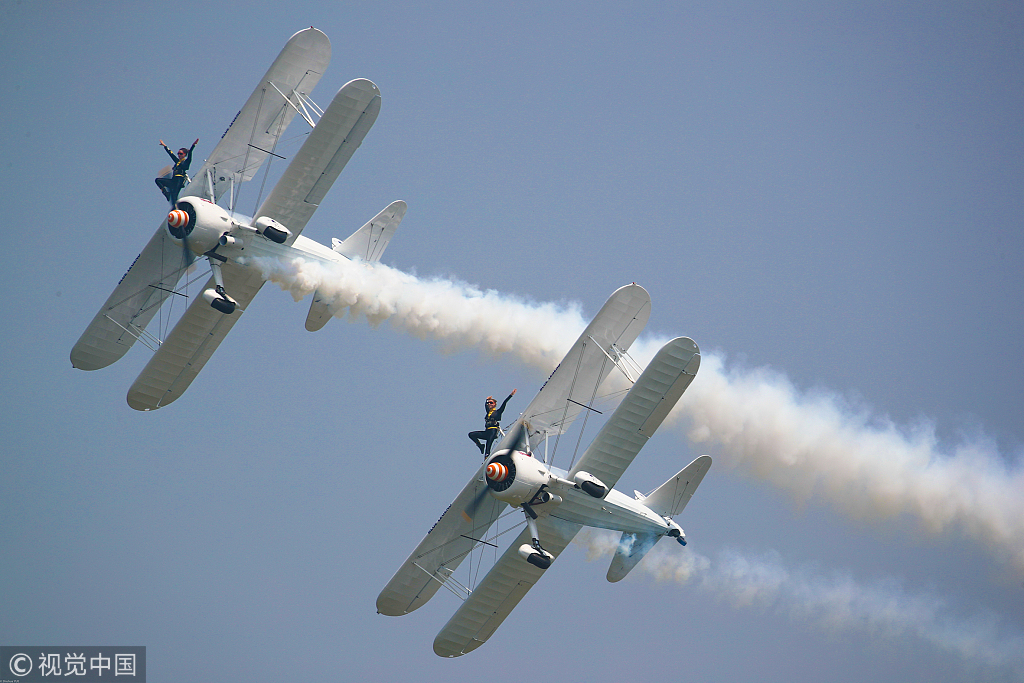