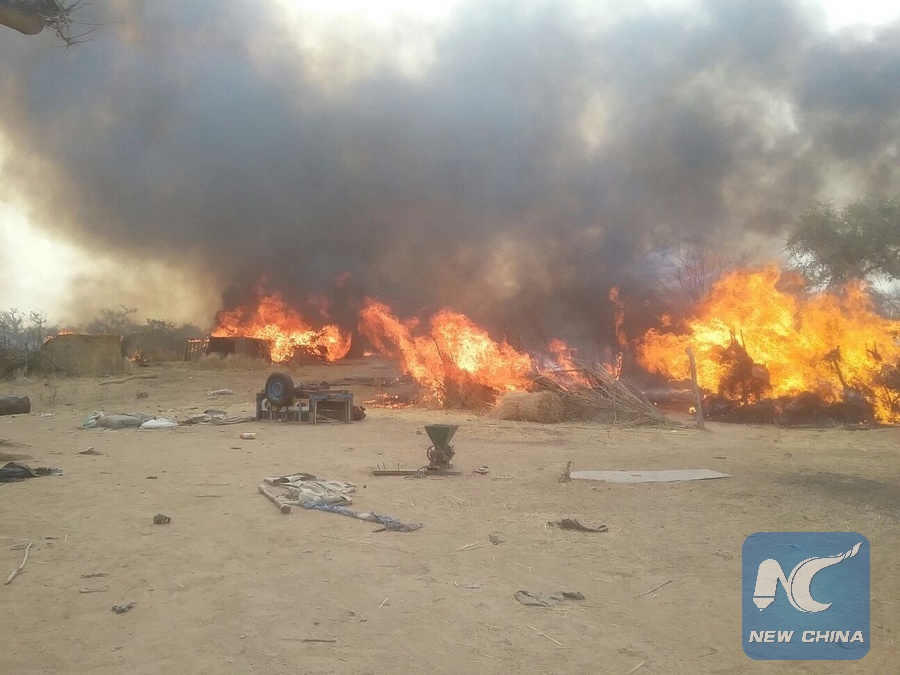 At least 22 people were killed and 28 injured when three suicide bombers carried out an attack at a market in Nigeria's northeastern Borno state on Friday, the official News Agency of Nigeria (NAN) reported Saturday.

The attacks occurred late on Friday, when three suicide bombers detonated explosives at the Kasuwar Kifi, in the outskirts of Konduga town, the report said.

Idrissa Bana, an eye witness, was quoted as saying that the three bombers simultaneously detonated the improvised explosive devices (IEDs) on their bodies in the crowded market.

"There were a lot of people doing last minute shopping when the suicide bombers hit the market," he added.

The Boko Haram militant group has stepped up its campaign of suicide bombing using girls, usually veiled, to blow up targets in Nigeria's northeast.

Earlier this month, six people were killed and 39 others injured in a suicide attack in northeastern Nigeria.

The West African nation has lost more than 20,000 lives in the Northern region since 2009 to the insurgency of Boko Haram.