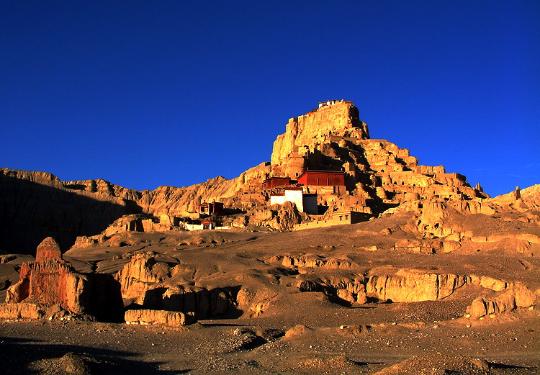 Archaeologists announced Monday that they have excavated tombs dating back some 3,000 years in southwest China's Tibet Autonomous Region.

A total of nine tombs were found at ruins 10 km from the county seat of Zanda in Ali Prefecture, said Shaka Wangdui, an archaeologist with the regional institute of cultural heritage protection.

The institution, in cooperation with the Shanxi provincial institute of archaeology, excavated the ruins in the Sangda valley along the Langchen Zangbo River from July to August 2017.

The first group of tombs were formed by stones placed one by one in a circle, while the second group were pits, Shaka Wangdui said.

Stoneware, earthenware and bones and bells were found in the tombs.

The tombs are also the oldest with bronze articles, including rings and bells, in Tibet.