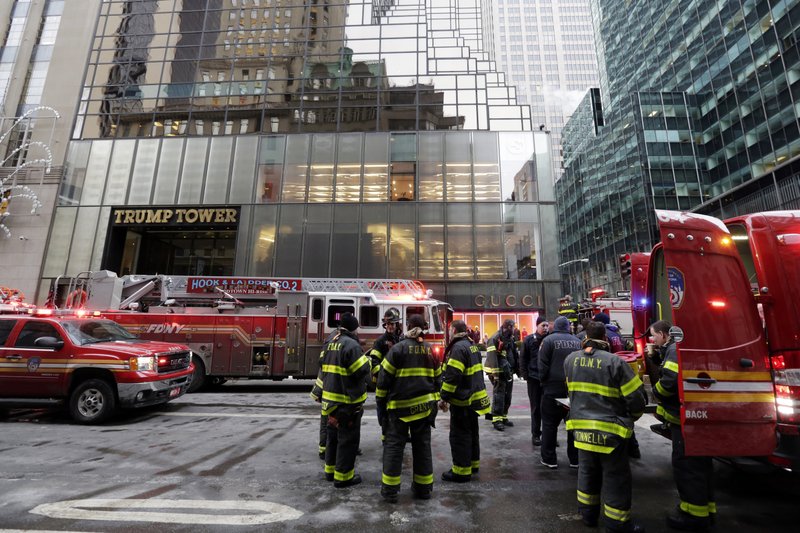 A fire in Trump Tower’s heating and air conditioning system injured three people and caused smoke to billow from the roof, the Fire Department of New York said Monday.

The fire started around 7 a.m. at the Manhattan building that contains President Donald Trump’s home and business offices.

Two civilians and a firefighter were treated for non-life-threatening injuries, the department said. It took about an hour to put out the fire.

The president was at the White House when fire engines with flashing emergency lights clogged the streets around his Fifth Avenue luxury building during the morning rush-hour.

“There was a small electrical fire in a cooling tower on the roof of Trump Tower,” the president’s son Eric wrote on Twitter. “The New York Fire Department was here within minutes and did an incredible job. The men and women of the #FDNY are true heroes and deserve our most sincere thanks and praise!”

The Republican president announced his candidacy in 2015 at Trump Tower, his home for more than 30 years.