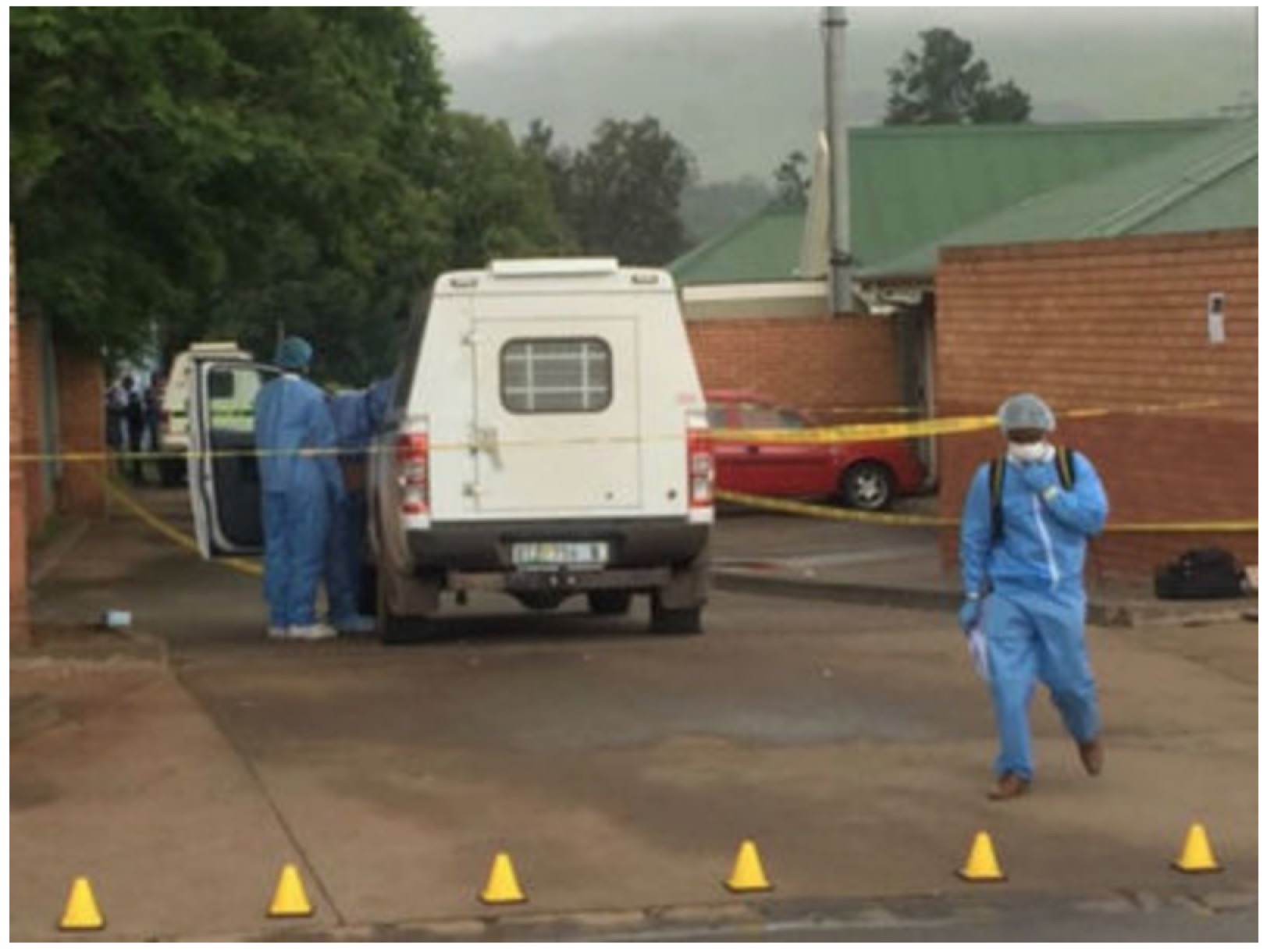 Johannesburg (Peoples's Daily)– Five police officers and one off-duty soldier were killed in a police station near Queenstown in the Eastern Cape Province, South Africa on Wednesday morning.

News24 reported that a group of men attacked the Ngcobo Police Station near Queenstown this morning. The unknown suspects entered the police station and opened fire randomly on the police on duty.

Three members were killed instantly in the Community Service Centre. An off-duty soldier was also shot dead as the suspects were fleeing. The suspects made off with a police van, taking two other police officers, who were found executed along the roadside, six kilometers from the police station.

Khaya Tonjeni, a spokesman for the South African police service declared that the gunmen were able to outnumber police, adding that officers are working hard to find the gunmen.