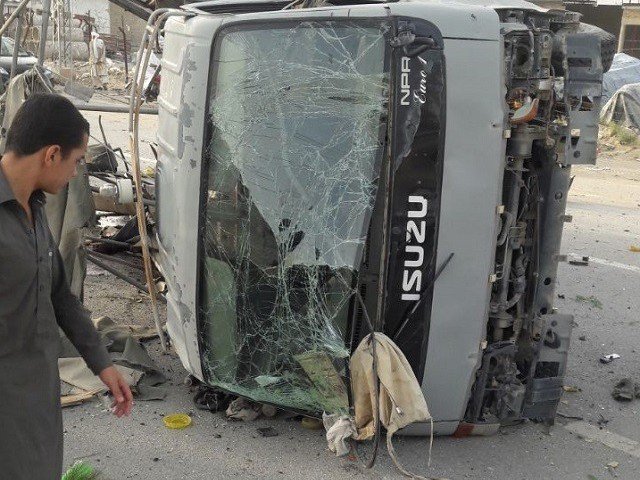 At least five policemen were killed and seven others injured in a suicide attack in Pakistan's southwestern city of Quetta on Tuesday, a statement from the army's Inter-Services Public Relations (ISPR) said.

According to the army statement, a suicide bomber detonated his explosives-laden vest near a police van on the airport road in Quetta, the provincial capital of southwest Balochistan province, killing five policemen on the spot while injuring seven others.

The statement added that two suicide bombers were also killed by security forces in a separate suicide attack when they were trying to target a check post of Frontier Corps, a paramilitary force in the county, at Mian Ghundi near western bypass area in the city.

No causality of Frontier Corps personnel was reported in the check post attack, said the ISPR.

However, local media reported earlier that two suicide bombers attacked the Mian Ghundi camp located at the outskirts of the city and killed two security personnel. According to Geo News, at least eight others were also injured in the check post attack.

No group or individual has claimed responsible for the attacks yet.