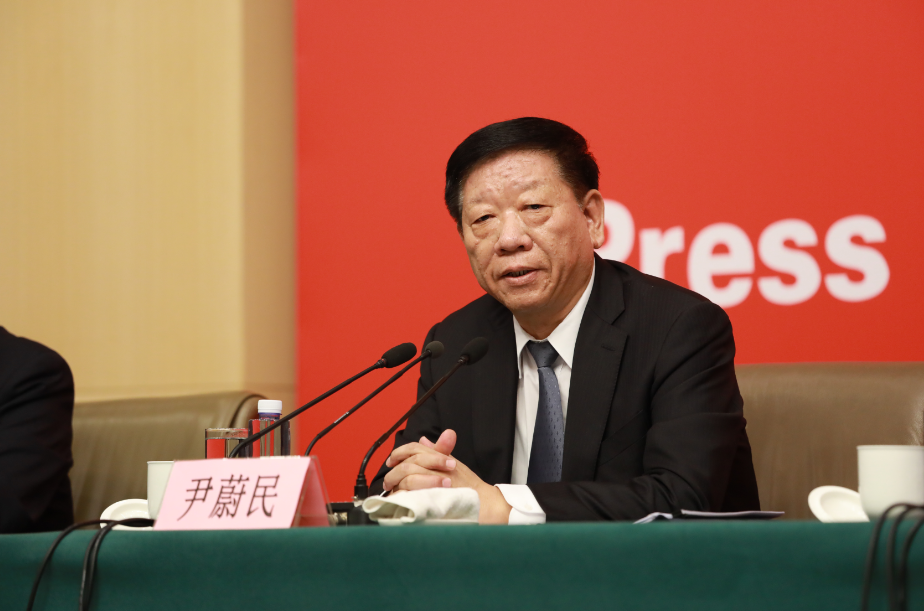 Yin Weimin, Minister of the Ministry of Human Resources and Social Security at the press conference on the sideline of the 19th CPC National Congress on October 22. (Photo: People's Daily)

Beijing (People's Daily) - China created 65 million new jobs in the past five years, including those for younger citizens, a minister said on October 22.

Minister of the Human Resources and Social Security Yin Weimin pointed out that employment in China has been continuously improving in the past five years since the 18th CPC National Congress.

He said more than 65 million new jobs have been created in the past five years, solving the employment of 65 million people, including those for a large number of young people.

Yin added that more than 27.9 million unemployed workers had been re-employed.

Close to 1 million workers affected by the two-year campaign to reduce overcapacity were given work at other industries, Yin said, and 48 million rural residents were likewise provided with better employment as part of the poverty alleviation campaign.