HEADLINE 69-year-old's journey across half of China

69-year-old's journey across half of China 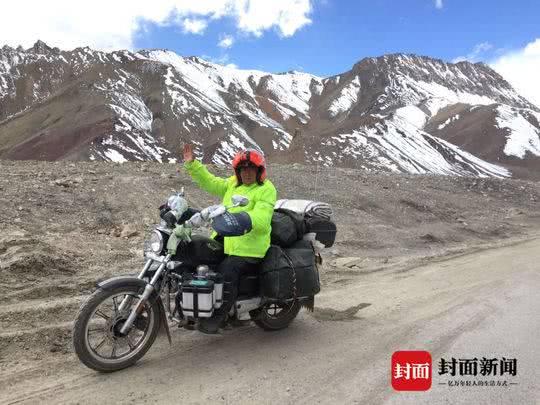 At an age when most people have settled comfortably into retirement, 69-year-old Deng Zongquan from Chengdu, Sichuan Province, jumped on his motorcycle and spent nine months traveling through six countries, finishing another epic trek around Western China, the West China City Daily reported.

The journey started in July 2015 after he rode to Tibet and visited Mount Everest Base Camp. He traveled through densely populated regions in Xingjiang, Shanxi, Hebei, Henan, Hunan, Guangxi and Guizhou, before returning to Chengdu.

According to the West China City Daily, Deng embarked on a journey last July after he bought a motorcycle for $1,100. With four bags of provisions including clothes, cooking ware, and food, he attached two containers next to the motorcycle’s front tire so he wouldn’t have to stop when he wanted to eat or drink.

Although Deng has been riding motorcycles for almost a decade, his family still worries about him. When he’s traveling, Deng uses cellphones to report his location and condition every day to ease their worrying.

He was usually on the road by the crack of dawn which would give him enough time to reach his destination for the day.  If he was worried about anything, it was his age and he often wondered if he would be able to handle the journeys.

Deng has ridden through heavy rainstorms, around landslides and flying debris. “With rainstorms and new construction, road conditions were always bad and dangerous” he said.

Deng’s friend from his motorcycle club, a man surnamed Hu said, “Deng’s idea of completing a goal to turn the goal into a career.”

Hu admires what Deng has seen and accomplished, and said he fulfilled his wish to ride to Tibet from Sichuan, Xinjiang, and Shandong. 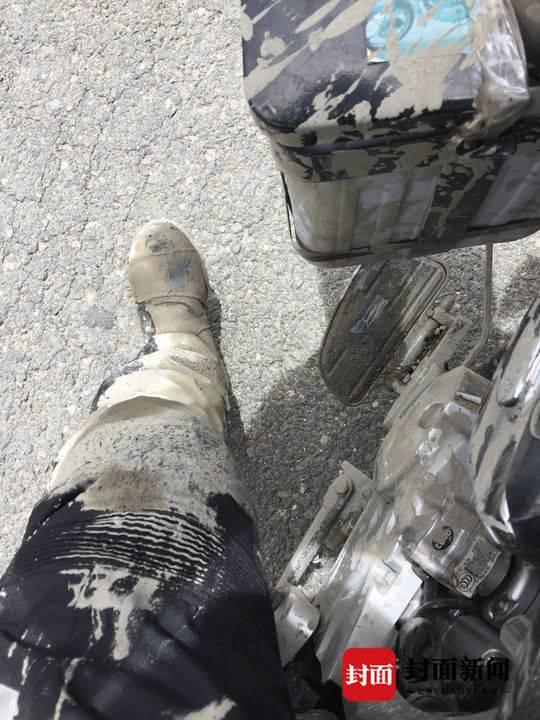 Deng’s travels have been rather safe, except for that time when he traveled to Mount Everest.

While riding downhill on a snow-covered mountain, he fell off his motorcycle due to heavy road construction and icy conditions.

“My foot got stuck in fresh cement and I couldn’t get it out,” Deng explained.  Luckily, a Tibetan discovered him while was struggling to free himself.  The stranger saved his life, and then left before Deng could properly thank him.

“Not many can live in the mountains, so maybe it was a herdsman who saved me. Had it not been for him, who knows where I would be.  I am indeed very grateful,” said Deng.

Deng hurt his ankle in the accident yet was able to ride to Dingri County and lived in a hostel so he could heal. He posted a photo of his injury on social media. Not long afterwards, someone saw Deng’s photo and then traveled over 500 kilometers to bring him some medicine. The hostel’s owner took care of Deng and let him stay there at a discounted rate.

Deng finally made it to Everest Base Camp after ankle had healed. It was here that he saw the most beautiful star-filled night sky he had ever seen.

“It was so beautiful that it’s impossible to describe,” Deng said. 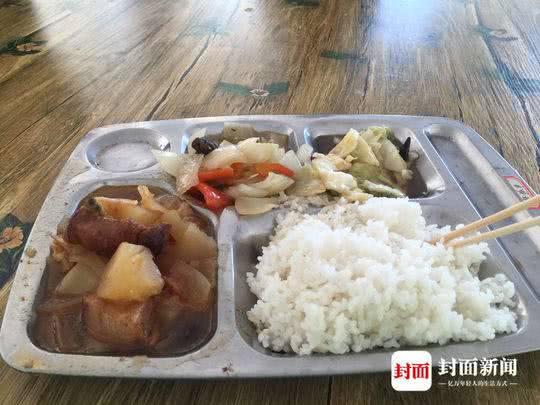 Deng turned 69 last October, the day he found himself stuck in a road service area on his way to Baotou.  Unable to find a place where he could spend the night, he asked a few service employees and explained to them his situation.

“They were having some difficulties because they never had a case like this before,”said Deng.

They made a bed with some chairs and blankets so he could sleep through the night.  After they discovered it was his birthday, they brought him a boxed lunch.

“It was like a miracle meeting so many people who were willing to help me,”he said, adding he will always be grateful for the help he received from others.

When he was a young man, Deng was worked for a medical company. He didn’t have many opportunities to travel then because he was always busy, which explains why he has spent almost all of his time traveling ever since he retired.

“I just want to keep doing the things I like,” Deng said, who will turn 70 soon. According to national driving regulations, those who are 70 and older are prohibited from operating motorcycles.  Deng’s emotions change from happy to sad when he thinks about not being able to ride anymore, but that won’t prevent him from traveling.

“I can still travel even, if I can’t ride motorcycles. Maybe I’ll drive a car, or walk,” he said.