7 killed, 350 injured in clashes with Israeli soldiers in eastern Gaza 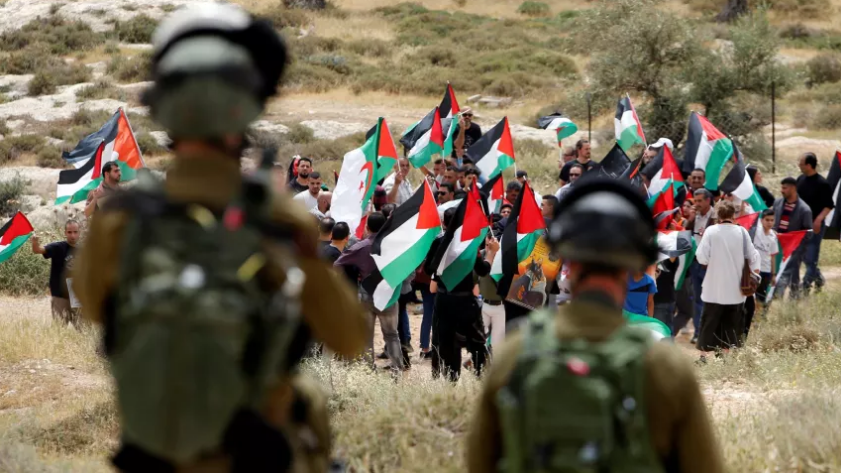 Israeli soldiers stand guard as Palestinian demonstrate ahead of Nakba anniversary, in Bethlehem, May 10, 2018. (Photo: Reuters)

Seven Palestinians were killed and at least 350 injured Monday during clashes between hundreds of Palestinian demonstrators and Israeli soldiers in eastern Gaza Strip close to the border with Israel, medics said.

Ashraf al-Qedra, spokesman of the health ministry in Gaza said in a short text message sent to reporters that seven Palestinian demonstrators were killed and 350 wounded, with 227 injured by Israeli live gunshots in eastern Gaza Strip.

Hundreds of Palestinian demonstrators cut barbed wire of border fence between eastern Gaza Strip and Israel and managed to enter into Israel. Some of them burned tires.

The Monday protests were organized by the National Commission of the Great Marches of Return in eastern Gaza Strip, which have been going on since March 30. Monday's rallies were also against moving the U.S. embassy to Jerusalem.

The Great Marches of Return was organized to mark 70 years of the Palestinian Nakba Day or "Day of Catastrophe," which coincides with the 70th anniversary of Israel's declaration of independence.