An 81-year-old student, Xue Minxiu, on Sunday received an undergraduate diploma from Tianjin University, a moment she had been working toward for years. 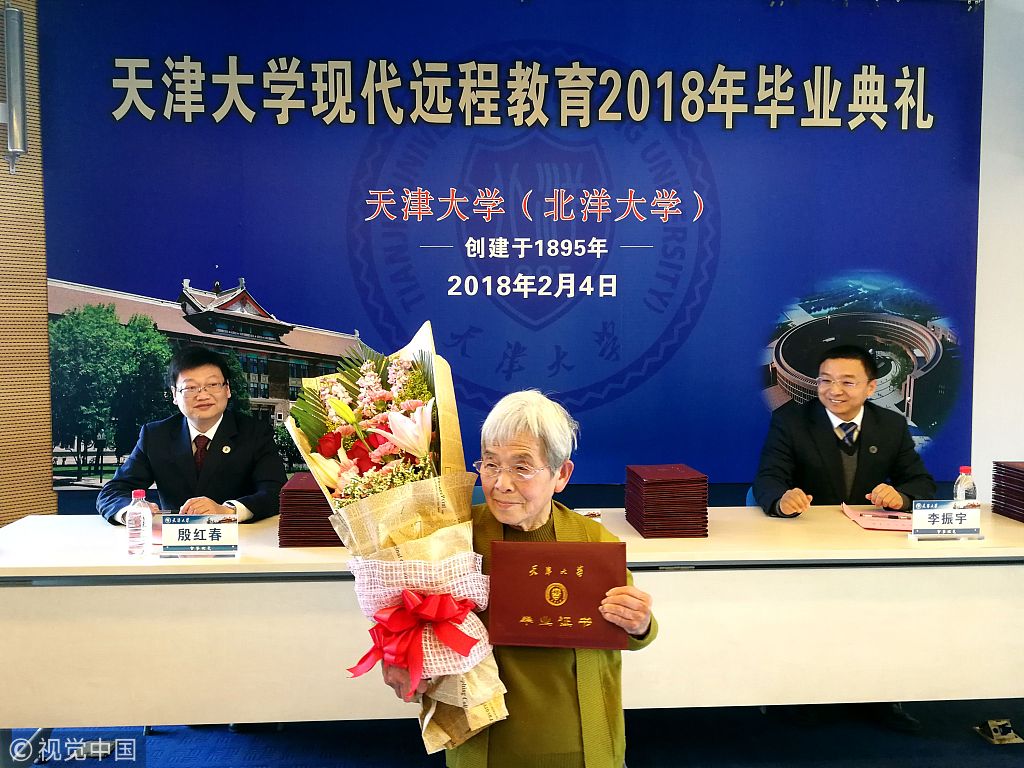 "I think the meaning of life is to continually challenge myself and improve myself, so I want to thank Tianjin University for giving me this precious opportunity to make the dreams that weren't completed at an early age become a reality," said Xue, speaking as a student representative at the ceremony. 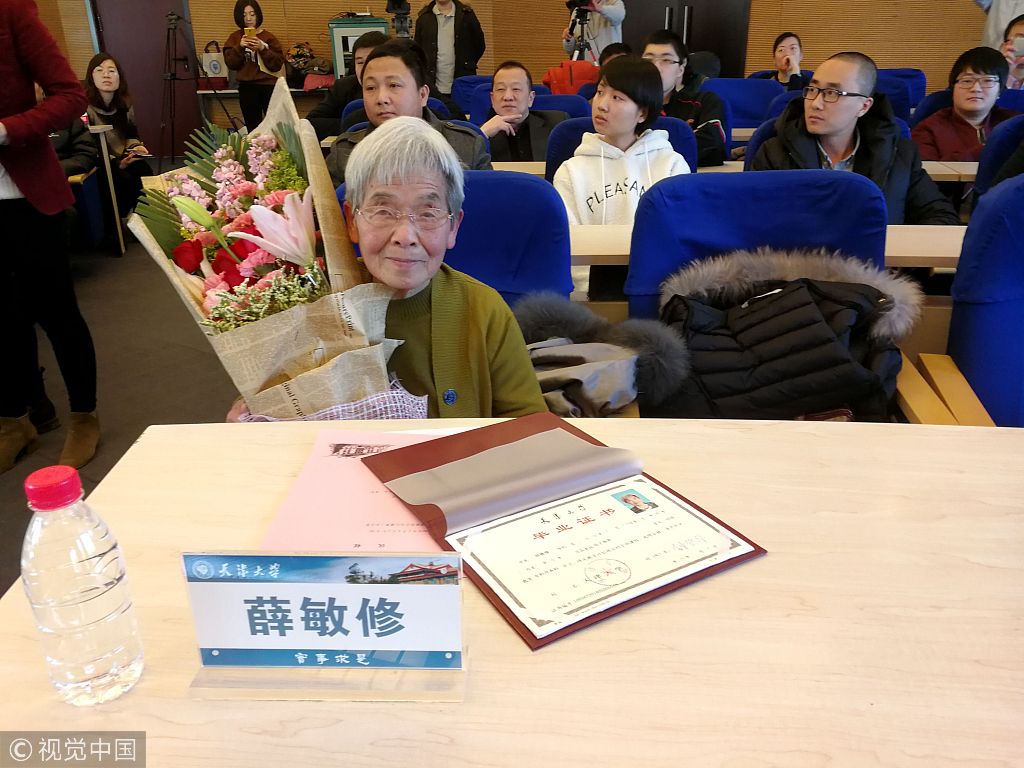 "For me, the most important thing in life is to live my own way. That is, not to succumb to pressure from peers. With limited time, please remain true to our original aspirations and stay hungry, stay foolish. The most important thing is to have the courage to go on," said Xue at the ceremony.She said that despite all the hardship she experienced when studying, she gained wisdom from setbacks and became tougher, adding that one can really know oneself only after facing adversity.

She gave full credit to modern distance education, which provided the means for her to earn the diploma, and she gave special thanks to the teachers at Tianjin University who supported her with warmth, hope and courage and helped her realize her dream. 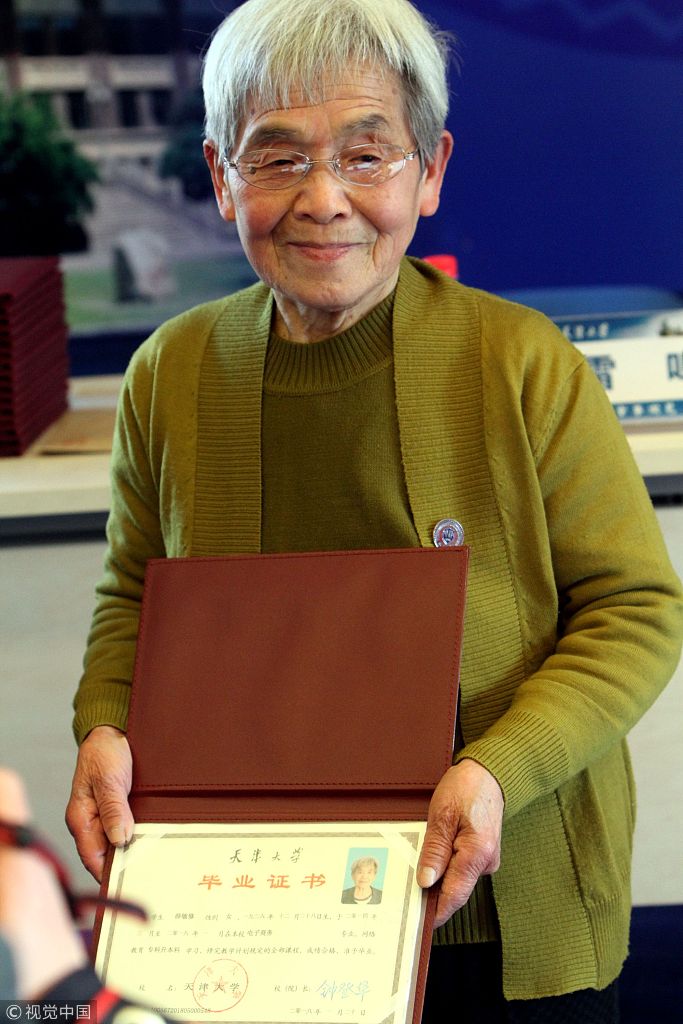 Xue Minxiu enrolled in the "E-commerce" undergraduate course in modern distance education at Tianjin University in March 2014 when she was 77 years old.As the oldest student in her class, she was also one of the most studious. Getting up at 5 a.m. every day, the first thing she did was to turn on the computer and study for a while.The television in her house has not been switched on for four years, she said, because she thinks she should use the time spent watching TV to study instead.She tried six times before passing the last online examination and finally received her diploma."Studying makes me happy and it is always rewarding," Xue said.The 81-year-old knows five languages -- Chinese, English, French, Russian and Latin -- and is good at Excel and Photoshop. In her spare time, Xue likes to take photographs, skate and swim.