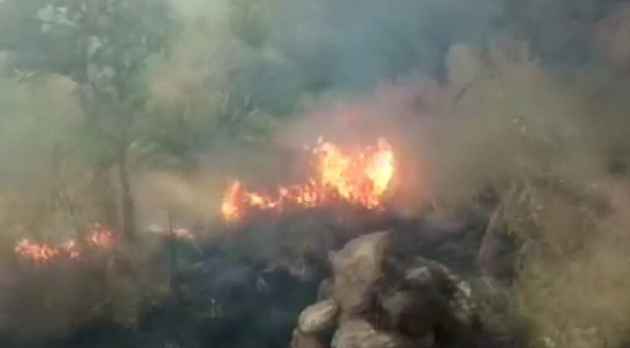 The death toll in the forest fire in southern Indian state of Tamil Nadu rose to nine on Monday, with the recovery of four more bodies, police said.
The fire broke out late on Sunday evening when a group of nearly 40 people, mostly young college students, went trekking in Kurangini hills in Theni district, 540 km from state capital Chennai.
"While 30 of trekkers have been rescued by Indian Air Force, which pressed into service its commandoes and choppers last night, nine are now confirmed dead," a police official said.
"Some of those rescued have been admitted to a local government hospital where they are being treated for burn injuries. A few of them are said to be critical," he added.
A probe has been ordered to ascertain the cause of the fire, the official said.
Forest fires are uncommon in India.