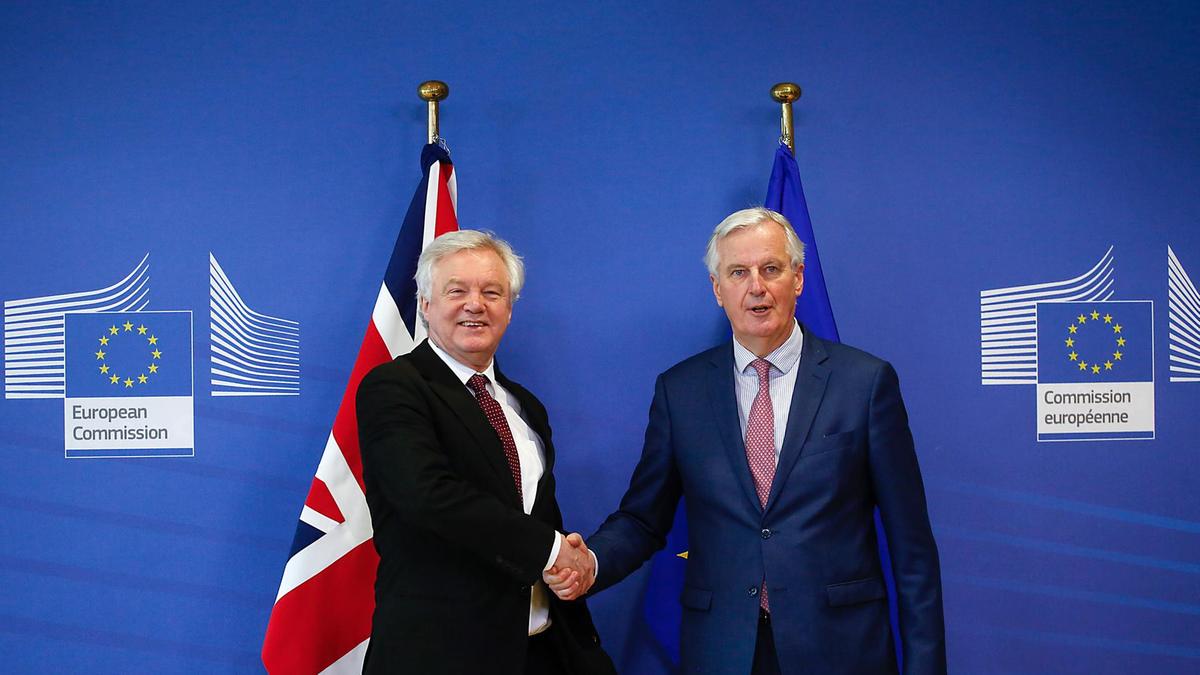 Brussels (People’s Daily) - The two negotiators from EU and UK reached a political deal on the terms of a Brexit transition period in Brussels on Monday.

In a joint news conference in Brussels, the EU's chief negotiator Michel Barnier and the UK's Brexit Secretary David Davis both say that an agreement has been struck on arrangements for a transition period after Britain's departure from the bloc in March 2019.

The deal was reached following a weekend of detailed work by negotiating teams.

To reach the deal, the UK had to make compromises on extending the date at which free movement will effectively end, on its preferred length of a transition and on fisheries access.

The EU also softened its position by allowing more consultation with the UK government during the transition period.

The meeting in Brussels comes ahead of a key summit of European Union leaders later this week, at which it is hoped an agreement on transition can be signed.

Barnier said the new draft legal text marks a “decisive step” but added that it was “not the end of the road.”