A driver struck at least 4 people in NYC, killing 1, injuring 3

Washington(People's Daily)-According to New York Daily News, a hit-and-run driver plowed into sidewalk and caused 1 dead and at least 4 people injured  in the early hours of Sunday.New York police are now searching for the driver.

The police and the witnesses said the accident happened around 4:45 in early morning on Dec. 3. outside a Queens hookah bar. The dead was found outside XS NYC at 129th St. and Liberty Ave. The driver took off in his car after a knife fight outside a bar.

The police said that two of the crash victims were rushed to Jamaica Hospital in critical condition.The accident was not terrorism-related. 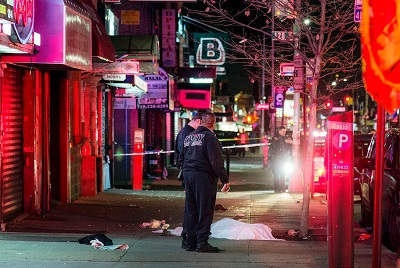 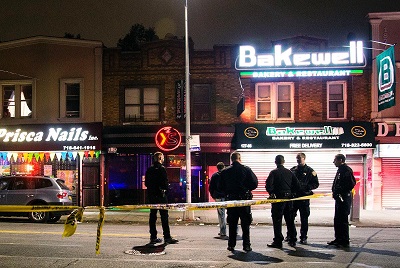