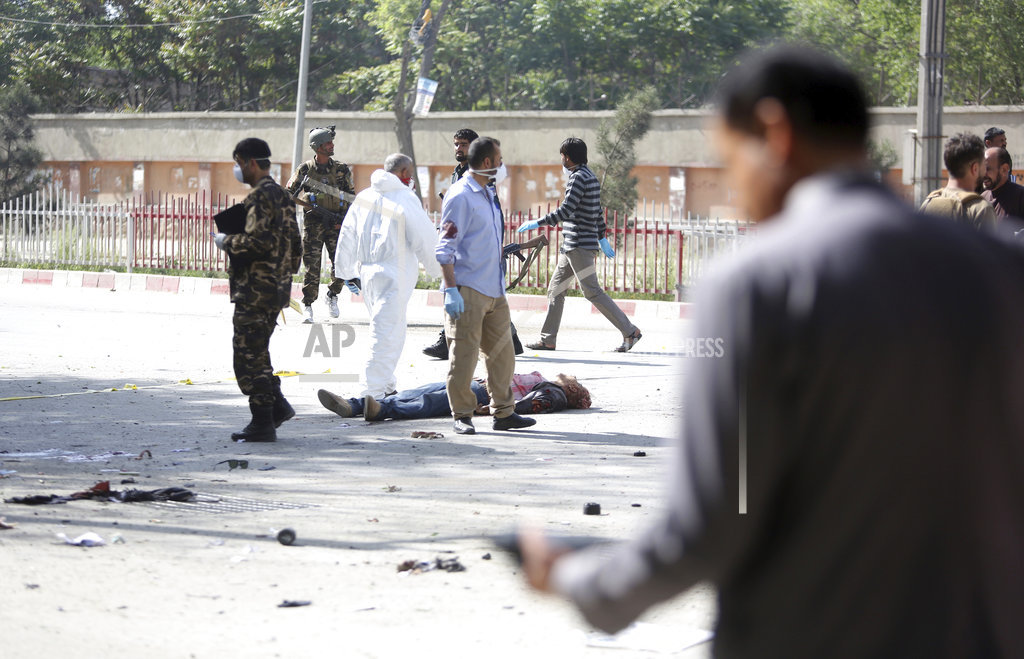 KABUL, April 30 (Xinhua) -- Afghanistan's journalist associations have described the attack on journalists in Kabul on Monday as a "war crime" and demanded thorough probe into the deadly incident to bring justice to all those behind the coward terrorist attack.

In the deadliest attack against the journalist community in the insurgency-battered Afghanistan in recent years, nine journalists including reporters, photographers and cameramen were killed and seven others injured by IS militants on Monday.

Afghan Journalist Safety Committee and Afghan Journalist Center (AFJC) as well as Nai, an entity supporting media outlets in Afghanistan, have denounced the attack on journalists as a coward act of terrorism. They called upon the Afghan government to ensure the safety of journalists, and demanded justice from all those behind the heinous crime.

"The attack today on journalists is an attack on Afghan media and is a war crime," said a statement readout by Sediqullah Tawhidi, a senior member of Afghan journalist federations at the site of the deadly attack here in Kabul.

The statement also called on the international agencies including the International Court of Justice and the United Nations Security Council to initiate a probe into the deadly attack on Afghan journalists.

Hours after the incident, according to the report, another Afghan journalist, reportedly working for a foreign agency, was shot dead by unknown armed men in the eastern Khost province, bringing the number of dead journalists obviously in the target killing to 10 in a single day on Monday.

A couple of days ago, another Afghan journalist Abdul Manan Arghand was gunned down by militants in the southern Kandahar province.