After a thousand of years, Japanese bamboo flute returns home 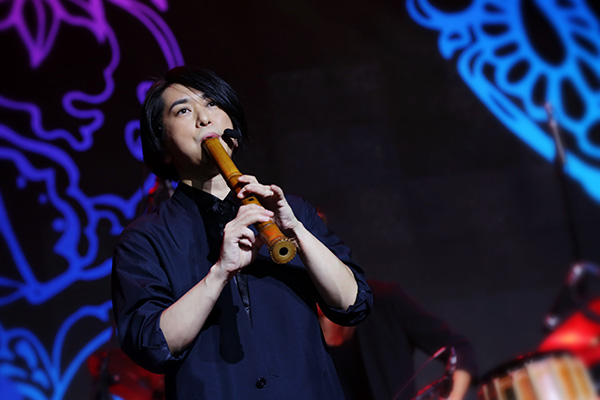 The shakuhachi is a Japanese bamboo flute introduced by China to Japan in the 6th century. In modern Japan, the shakuhachi is widely used in various music genres—folk, rock, jazz and pop. In particular, music used in Japanese cartoons is one way young people become familiar with the flute.

However, for most people, the shakuhachi is not a popular instrument. Some even regard it as a Chinese folk musical instrument—namely, a vertical or horizontal bamboo flute owing to its similar appearance.

There is no market for the shakuhachi market

In history, the shakuhachi was a solo musical instrument. Nowadays, it has been embraced by modern music, which has made it an indispensable part.

"For the present Japan, there is almost no market for absolute traditional and classical shakuhachi music," Akihisaa said.

To attract young people, Akihisaa has combined shakuhachi with other musical instruments such as  the violin, guitar and taiko.

The use of the shakuhachi in Japanese films and cartoons have also raised public awareness, including Chinese millennials.

"Not many people in China professionally use the shakuhachi. But hundreds of people are fond of it, mostly young people," Yu said.

For her documentary, Yu and her team visited Japan more than 10 times. The documentary focuses on the dilemma of and hope for the shakuhachi.

Yu's documentary is expected to be released in March 2018.