After shooting, students brace for emotional return to Florida school 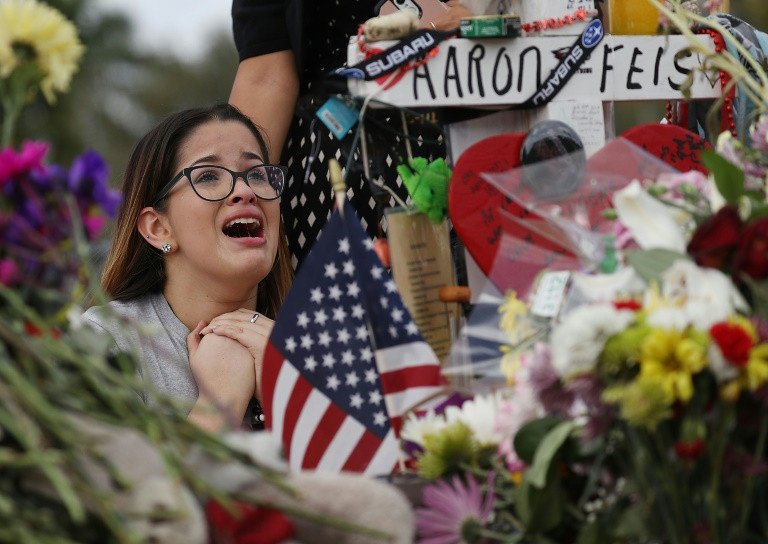 Student Ariana Gonzalez is overcome with emotion as she visits a cross set up for her friend, football coach Aaron Feis, at a memorial in front of Marjory Stoneman Douglas High School. Photo: AFP/Joe Raedle

Students and teachers preparing to return to the Florida school that was the scene of a gruesome mass shooting called the prospect "daunting" and "scary" Sunday as they urged politicians to act swiftly to address gun violence.

"Imagine being in a plane crash -- and having to get on the plane every day and go somewhere else," David Hogg, a survivor of the February 14 shooting at a Parkland, Florida high school, told ABC television's "This Week."

"I can't imagine, emotionally, what me and my fellow students (will) go through that day."

Some students and teachers went to the school for "orientation." Teachers and staff are to return full time Monday and Tuesday to prepare their classrooms for students coming back on Wednesday.

Seventeen people died in the attack. Authorities have charged a 19-year-old former student, Nikolas Cruz, in the assault.

One teacher who has already been back told NPR radio that the shock of returning to a classroom left exactly as it had been during the attack -- notebooks still on desks, the calendar still set to February 14 -- made her so physically ill she had to leave.

Amid ardent demands by students like Hogg for action, President Donald Trump has said he is open to raising the minimum age for gun purchases and to banning so-called bump stocks, which can effectively convert semi-automatic weapons into automatic firearms. 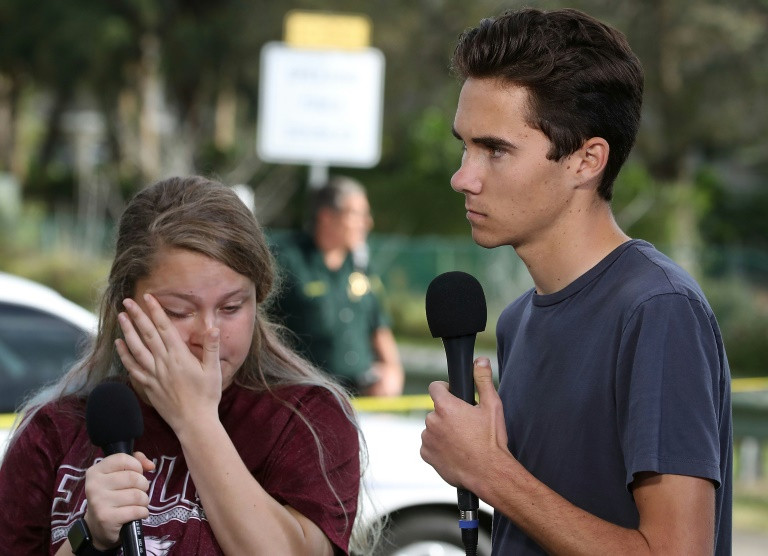 Florida high school student David Hogg, seen here the day after the mass shooting at his high school in the city of Parkland, says students' return to school will be difficult. Photo: AFP/Mark Wilson

A new CNN poll, conducted a week after the Florida shooting, shows surging public support for stricter gun laws -- surpassing levels seen even after other horrific shootings of recent years -- and for a ban on powerful semi-automatic weapons like the AR-15 used in Parkland.

Overall, 70 percent of those surveyed said they supported stricter gun laws, up from 52 percent in October, and 57 percent favored a ban on semi-automatic arms, an increase from 49 percent.

Florida Governor Rick Scott has laid out a plan to station a police officer at every public school in the state, raise the legal age for gun purchases from 18 to 21 and pass a "red flag" law for authorities to more easily remove guns from the mentally ill or people with violent histories.

The age change and "red flag" law are staunchly opposed by the influential National Rifle Association, of which Scott is a member.

Scott, who holds the NRA's highest rating of A+, noted on "Fox News Sunday" that "there will be some that disagree. But... I want my state to be safe."

Florida was also the scene of a June 2016 shooting at an Orlando nightclub that left 49 people dead.

Dana Loesch, an NRA spokeswoman, told ABC that her organization opposes most of the proposed gun bans.

Instead, she placed blame on politicians, for their inaction, and on law enforcement -- specifically the Broward County Sheriff's Office, which she said had had ample warning of Cruz's violent tendencies.

She accused the sheriff's office of "abdication of duty" for not arresting Cruz sooner. 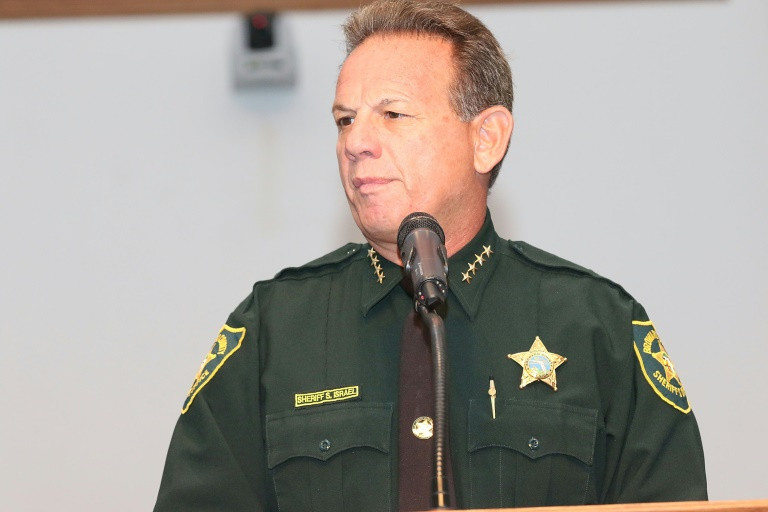 Broward County Sheriff Scott Israel is under pressure with his department accused of failing to heed many warning signs about shooter Nikolas Cruz. Photo: AFP/Aaron Davidson

But in an often contentious interview on CNN, Sheriff Scott Israel strongly defended his department's work.

Of the 23 calls to his department about Cruz's erratic or threatening behavior, nearly all were minor and had been handled appropriately, and a few others were being investigated, he said.

Asked about a deputy who stood outside the school building for long minutes even as the slaughter unfolded, Israel called the man's inaction "disgusting," but said he appeared to be alone in failing to respond adequately. The deputy has since resigned.

"We will investigate every action of our deputies, of their supervisors... and if they did things wrong, I will take care of business," he said.

US media have reported that three other Broward Country Sheriff's deputies also stayed outside the school and did not enter during the crisis.

Some Republican lawmakers in Florida have called on Scott to suspend Israel, accusing him of "incompetence and neglect of duty."

A defiant Israel insisted he had provided "amazing leadership," adding: "Of course I won't resign."

Trump has also proposed arming some teachers, a step many teachers passionately oppose.

Randi Weingarten, president of the American Federation of Teachers, told C-Span in an interview that "it's a terrible idea, period, full stop."

Children, parents and teachers, she said, "want schools to be safe sanctuaries for teaching and learning, not armed fortresses."

Meanwhile, Delaney Tarr, another young survivor of the Florida shooting, said she was girding herself as best she could to return to school.