HEADLINE After Trump's spate of firings, US to move in more hawkish direction

After Trump's spate of firings, US to move in more hawkish direction 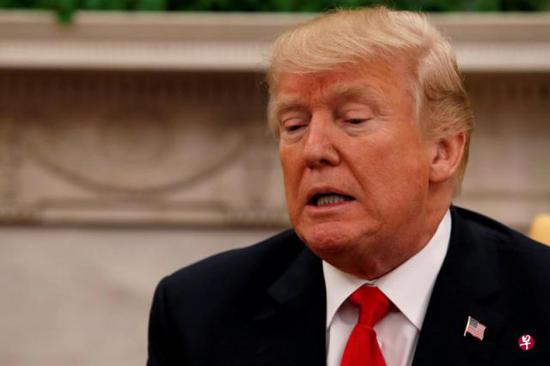 "McMaster was fired because he acted as a restraint on President Trump," Darrel West, a senior fellow at the Brookings Institution, told Xinhua.

"He did not like the chief executive's bellicose rhetoric and often sought to deter Trump from doing things the President wanted to do," West said.

The sacking followed a spate of other administration firings, most notably that of now former Secretary of State Rex Tillerson, who was replaced by Mike Pompeo earlier this month.

The prospect of packing more hardliners into the administration has caused an outcry that a confrontational foreign policy would mean more volatility for the US. Experts said the shake-up in the senior ranks of the Trump administration will cause the administration to behave in a more hawkish manner.

As McMaster's replacement, John Bolton, the hardline former US ambassador to the United Nations, has a long history of favoring pro-military action. "He thinks the United States should be aggressive in using its military advantage," West said.

Christopher Galdieri, associate professor at Saint Anselm College in the US State of New Hampshire, told Xinhua that Bolton is far more hawkish on foreign policy questions than McMaster was, and shares with Trump a disdain for the idea of diplomacy as a solution to international crises and conflicts.

"Bolton is sympathetic with Trump to the extent that Trump -- in his rhetoric, at least -- likes to talk about international relations in terms of conflicts that can be won through strength and force. I suspect Trump is tired of having advisors who are there to restrain or handle him ... and sees Bolton as someone who will indulge his inclination toward force as a solution," Galdieri said.

McMaster's firing was rumored for a long time, and it reflected both a divergent world view on policy and the fact that the president and McMaster never gelled on a personal level, said Dan Mahaffee, senior vice president and director of policy at the Center for the Study of Congress and the Presidency.

"I'd imagine for President Trump, he is happy to have someone who has always taken a more hawkish view of national security issues, as well as someone with experience on cable television communicating for more hawkish policies," he said, referring to Bolton's frequent appearances on cable news shows in the United States.

"Bolton brings mostly a hardline attitude ... a belief that the US under previous presidents did not press America's case forcefully enough," Douglas Paal, vice president for studies at the Carnegie Endowment for International Peace, told Xinhua.

"Confrontationalism appears to be the way ahead," Paal added.