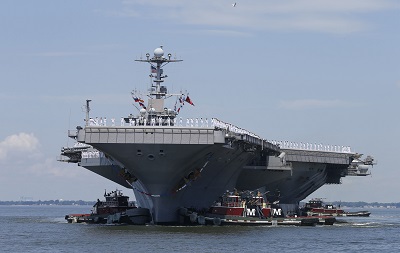 The Western official, speaking on condition of anonymity, confirmed that fighter jets were part of the strike announced moments earlier by president Donald Trump.