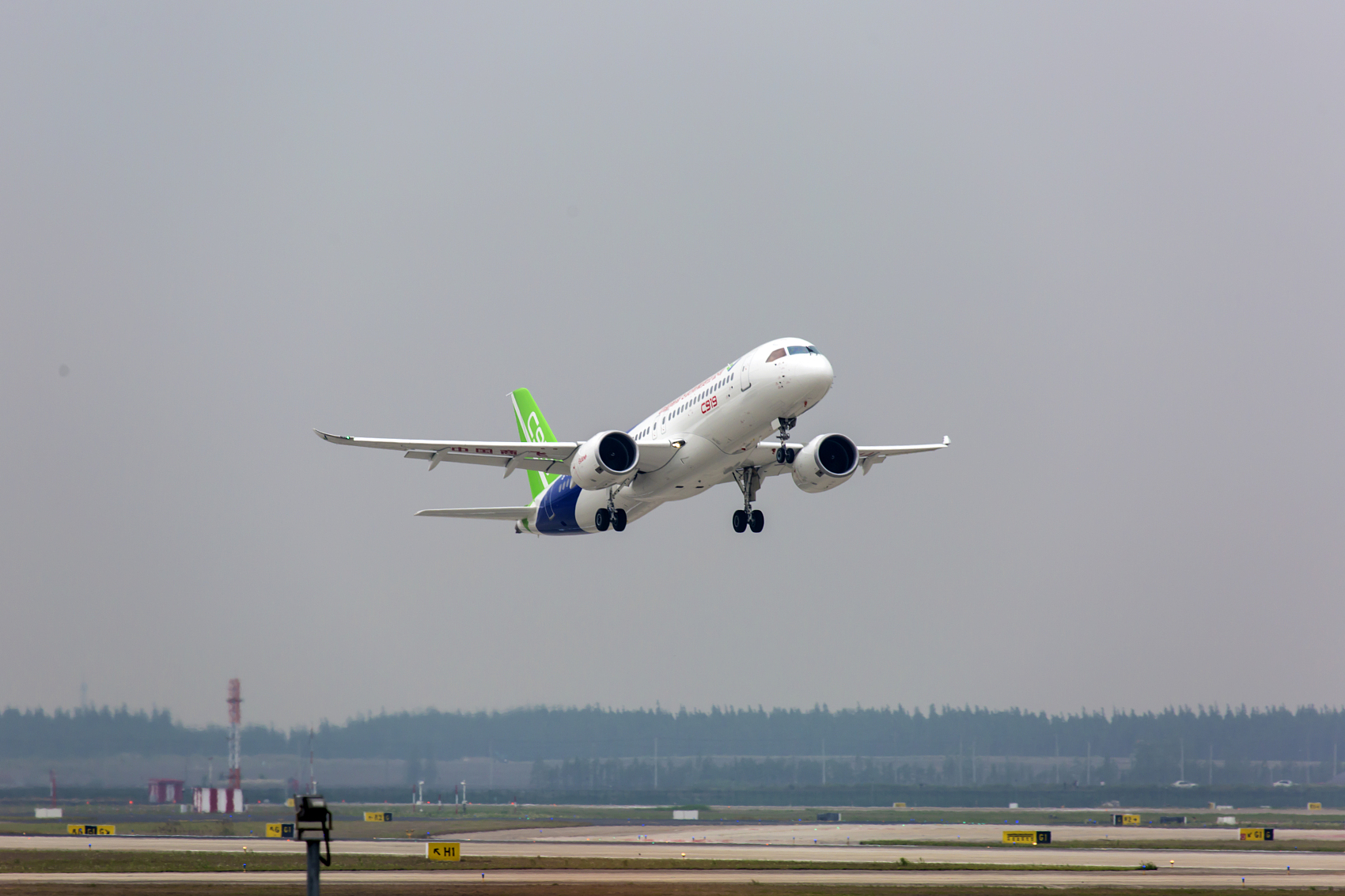 China's domestically made passenger aircraft C919 took a step forward this month in entering the US market, following a bilateral airworthiness agreement that will support the reciprocal recognition of each country's civil aviation products.
An airworthiness certificate issued by an acceptable authority is the basic prerequisite for the sale and operation of any aircraft. The signing of the new agreement means the US has fully recognized Chinese authorities' airworthiness measures, and that recognition opens the door of the US market to Chinese-made aircraft after they receive their airworthiness certificates from the Civil Aviation Administration of China.
This is a hard-won achievement that took years of negotiations. The C919, which is the first Chinese-built large passenger jet, rolled off the assembly line in November 2015 and successfully completed its maiden flight in Shanghai in May this year.
China's entry into the "big jet club" made it necessary for China and the US to discuss reciprocal recognition of each other's jet aircraft. China is now an emerging power in the global commercial aircraft market. If China were to stay outside the "big jet club," the US wouldn't waste any time in negotiations over reciprocal recognition.
What's more, China has very strict standards when it comes to aircraft airworthiness certification, sharing many striking similarities with the standards adopted by the US Federal Aviation Administration (FAA). Airworthiness is related to civil aviation safety.
Although China is a huge market for US-based Boeing, it's impossible for the FAA to surrender to political pressure to offer reciprocal market access to Chinese-made aircraft, risking US passengers' lives. The only possible explanation is: the FAA thinks Chinese authorities' airworthiness measures are credible.
Signing of the agreement with the FAA will make it easier for China's domestically developed planes to gain official recognition from other advanced economies beyond the US, such as Canada. If all goes well, a similar agreement is likely to be signed soon between China and the European Aviation Safety Agency.
These are major steps that can speed up exports of Chinese-built passenger jets to mainstream markets abroad, strengthening competition with Boeing and Airbus. To some extent, the agreement with the US can be seen as a "ticket" to the global aircraft market.
China is a latecomer to this market, but a near-complete industrial support system and continuous improvements in aviation technology have made it possible for China to become a global power in the aircraft market in the foreseeable future. China has a responsibility to contribute to the formulation of new standards for the global market, and the reciprocal recognition of the airworthiness measures is the start of that process.