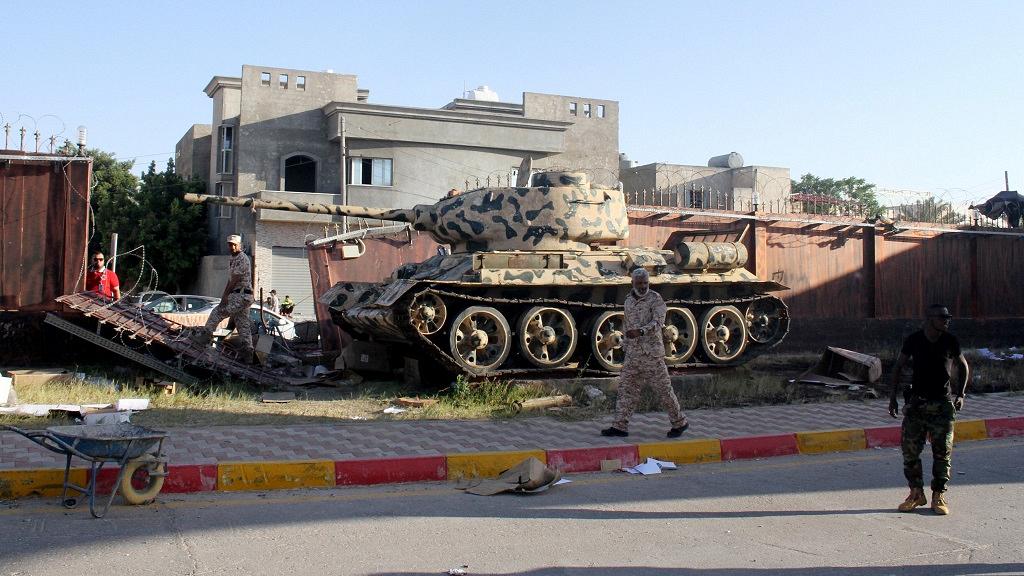 Cairo (People's Daily) - The foreign ministers of Egypt, Algeria and Tunisia on Monday affirmed in a joint statement the importance of implementing UN plans in Libya and the preservation of the country’s sovereignty, while reiterating their rejection of any foreign interference in Libyan affairs.

The statement was issued following a tripartite meeting of Sameh Shoukry of Egypt, Khemaies Jhinaoui of Tunisia, and Abdelkader Messahel of Algeria in Algiers. They discussed the latest developments in Libya and prospects for a political solution in the Arab country.

The ministers reviewed the developments in Libya, particularly the political settlement process, the security situation, and challenges to ending the current crisis and restoring security and stability nationwide. They also renewed their support of a political solution.

The statement warned that delays in reaching a solution to the crisis might cause further escalation and violence.

They urged the Libyan parties at all levels to make further concessions upholding the national interest above all considerations and to achieve the necessary consensus to end the transitional phase.

After the first Libyan civil war in 2011, the situation in the country continued to fluctuate. Now it is still in turmoil and division.

"Foreign interference undermines the country's political process, prolongs the crisis and threatens security and stability in Libya and neighboring countries," the foreign ministers of the three countries said in a statement.

Algeria, Egypt and Tunisia are Libya’s neighbors. The crisis in Libya has a direct impact on these three countries. Recently, the three foreign ministers have met several times to discuss the situation in Libya. They agreed to continue security coordination between the three countries to assess threats posed by terrorist organizations to the security and stability of Libya. It is reported that next meeting will be held in Cairo.