HEADLINE All 11 dead on board Turkish plane crashed in Iran

All 11 dead on board Turkish plane crashed in Iran 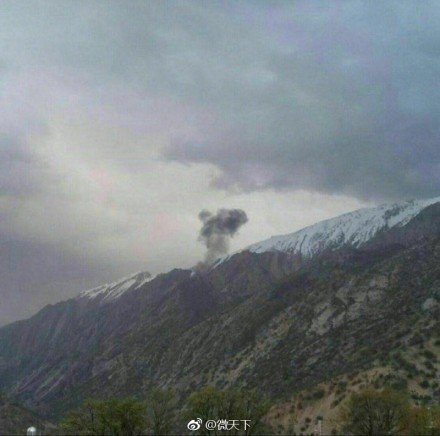 All 11 people on board the Turkish plane crashed in Iran on Sunday are dead, Iran's Emergency Organization announced.

The locals reached the wreckage of crashed plane late evening on Sunday and encountered the corps which are not identifiable and need DNA examination, the spokesman for the organization said.

A Turkish jet with 11 on board crashed in the suburban of western Shahr-e Kord city of Iran's Chaharmahal and Bakhtiari Province at 18:35 local time (1505 GMT) on Sunday, the Aviation Organization of Iran (OVA) confirmed.

The plane was seen caught fire in the air, and then it crashed into the heights of Helen Mountain near Dorak Anari village.

There were three crew members and eight passengers in the plane, according to Public Relations of the OVA.

The plane was flying from Sharjah of the UAE to Istanbul which disappeared from the radar, the state IRINN TV said.

Iranian Red Crescent operators have been dispatched to the area, but due to the rainy air and mountainous geography of the region, the operators should walk four hours to the accident location, according to spokesman of the Emergency Organization of Iran.

Rezaee Far, the chief of Accidents Bureau of the OVA, said that based on the preliminary reports, the crashed plane type was Bombardier CL604.