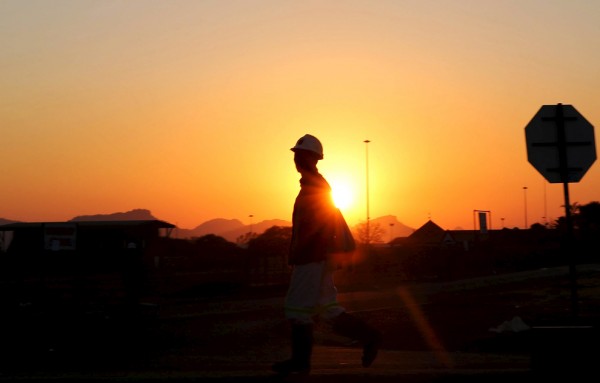 File: A miner returns from his shift. Eskom restored power to the Beatrix gold mine in Theunissen, near Welkom, in the Free State on Friday morning. Photo: REUTERS/Siphiwe Sibeko

The operation to rescue hundreds of mineworkers trapped underground at Beatrix gold mine in Theunissen, near Welkom, Free State, got a boost in the early hours of Friday when power was restored at Shaft 1 just after 3 am as rescuers battle to save lives.

All miners had been brought to the surface.

Around 1,000 mineworkers were trapped underground from Wednesday evening until Friday morning.

The miners went underground on Wednesday night but were unable to resurface after their shift because severe storms damaged power lines causing a massive power failure at Sibanye-Stillwater's Beatrix mine. South Africa's power utility Eskom has since then been trying to restore electricity at the mine.

Without an escape route or alternative source of power to operate elevators, more than 1,000 workers were trapped underground.

Workers coming for duty and concerned community members camped outside the mine.

Just after 3 am a security official, who did not give his name, announced that power had been restored, saying that it was only a matter of time before the workers are rescued.

Late on Thursday, the mine said it had managed to about 300 workers to the surface using hoists powerd by generators.